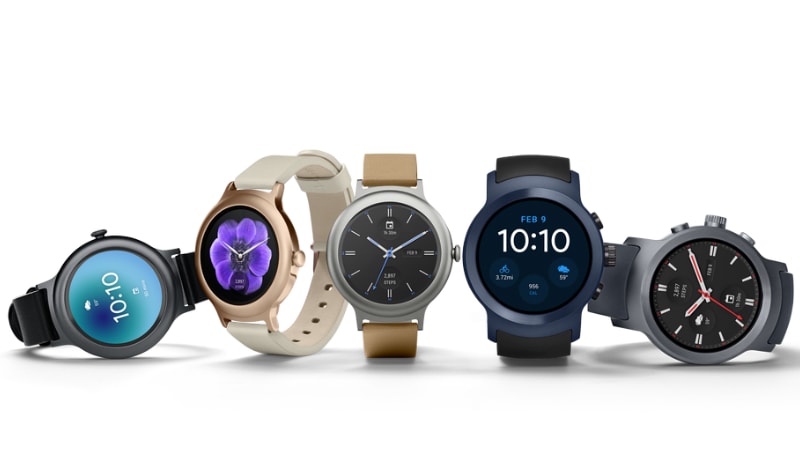 As expected, Google launched its Android Wear 2.0 OS on Wednesday. To flag off the big update, the tech giant has partnered with LG to introduce two flagship smartwatches that run on Android Wear 2.0 out of the box - LG Watch Style and LG Watch Sport.

Android Wear 2.0 arrives three years after the unveiling of the first version of the Android Wear wearable OS. This update is a welcome improvement and will give the much needed boost to the stagnant smartwatch industry. Many OEMs refrained from launching a smartwatch last year due to no improvements in software and lack of widespread adoption. However, Android Wear 2.0 looks to change the industry mood and bring back the zing. The entire user interface, notifications, and navigation have been reimagined with Android Wear 2.0. The watchfaces can be tweaked and customised to what information you want to see on screen, and remove the unnecessary bits. You can even customise watchfaces based on the time of the day, and the events you head to, and can change watchfaces in just one swipe. For example, your workout watchface can be different from your office watchface with Android Wear 2.0.

Navigation has been reimagined as the interface needed more simplicity for getting things done. With Android Wear 2.0, Google has strived to narrow down steps as much as possible. Android Wear 2.0 notifications are more pleasing to the eye, and replying to them is just one tap away. There's also Smart Reply to choose from a preselected list of answers. Google's machine learning understands the context of the message and shows automated replies for you to just send without typing them out.

Another big addition is the integration of Google Assistant, which means you can just holler voice commands at the watch, and it will do the work for you. Be it searching the Web, calling an Uber, or adding a reminder - Google Assistant will be a game changer for Android Wear products. Just yell 'OK Google', or long press the power button to activate it.

Google Play store integration is possibly another game changer for Android Wear 2.0, as you don't need a companion phone app anymore for downloading apps on your smartwatch. There's a dedicated app store just for the wearable segment, and you can browse through it on the dial screen and download the app you want. This of course doesn't mean that all apps will work standalone. Several Android Wear 2.0 apps will still need corresponding Android phone app support as well. Google Play store integration also makes it easy to use it with an iPhone, however, the Play Store will only show apps that are compatible with it. Several improvements have also been made on the Fit app, and it now is more intuitive and intelligent.

Lastly but importantly, standalone Android Pay support lets you transfer money to vendors by just tapping your Android Wear 2.0 smartwatch (of course you need NFC inbuilt for this to work). According to Android Police, Android Pay for smartwatches does not work if your phone has an unlocked bootloader or runs iOS. As Android Pay is now a standalone feature, it requires you to fill in credit card information all over again. You can add multiple cards, just as it is on your Android phone, but if you activate Android Pay, the OS will compulsorily ask you to set a lock screen for added security. With Android Wear 2.0, Android Pay works without a smartphone connected, or even an Internet connection. However, there are only a specified (cap limit not known) limit of offline transaction allowed on Android Pay.

Interestingly, Verizon announced its own smartwatch as well, running on Android Wear 2.0. Calling it Wear24, the smartwatch has a 1.39-inch (480x480 pixels) round display. It comes with a heart rate sensor, accelerometer, and other sensors; and connectivity options include Wi-Fi, LTE, and NFC. The new Android Wear 2.0 smartwatch is priced at $300 (roughly Rs. 20,100) and will be available with a two-year contract sometime next month.