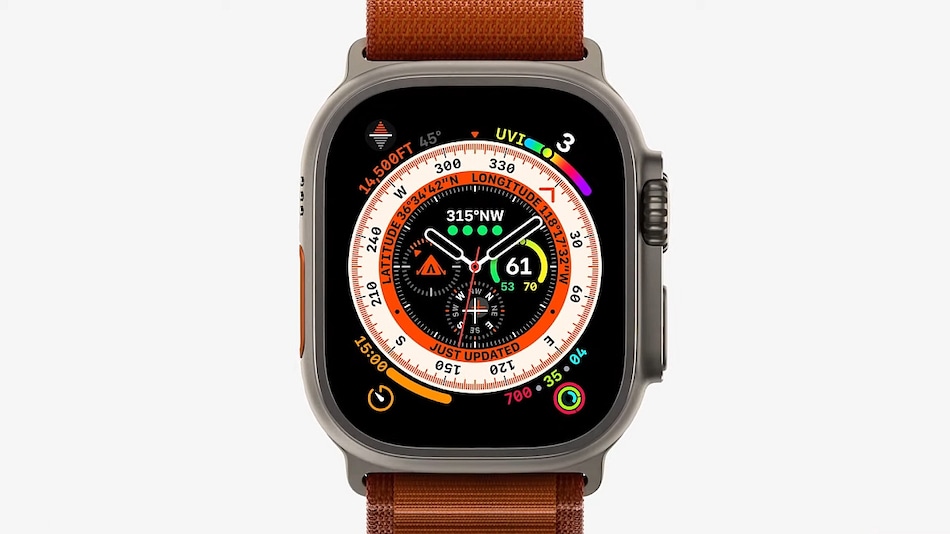 Apple Watch Ultra was launched by the company at its 'Far Out' event on Wednesday. The company which was previously rumoured to launch a new 'Apple Watch Pro' model, unveiled the new wearable that offers up to 36 hours on a single charge while a future feature will offer up to 60 hours of battery life, according to the firm. It will be offered in a single cellular model, and sports a 49mm display along with an aerospace-grade titanium body. The Apple Watch Ultra will offer dual-frequency support for GPS algorithms, and comes with a new Action button that can be programmed to perform various functions, according to Apple.

The newly launched Apple Watch Ultra price in India is set at Rs. 89,900. The smartwatch will be available for purchase  in Australia, Canada, France, Germany, India, Japan, the UAE, the UK, the US, and more than 40 other countries and regions starting on September 23, while orders for the Apple Watch Ultra start today, according to Apple.

Meanwhile, the Apple Watch Ultra will be priced at $799 (roughly Rs, 63,600) in the US. The company will sell three watch bands for the new rugged smartwatch: Alpine, Ocean, and Trail.

According to Apple, the new Apple Watch Ultra sports a 49mm Retina display which offers up to 2,000 nits of peak brightness, housed in a titanium body.It features a new Wayfinder watch face that is designed for the smartwatch's larger sapphire crystal display. It is equipped with a new Action button, which can be used to enable various features.

The smartwatch features three microphones for improved sound quality, with an adaptive beamforming algorithm claimed to reduce ambient background sounds in challenging environments. It offers dual-frequency support for both L1 and L5 GPS algorithms, and Apple is claiming the watch has the most accurate GPS functionality on any Apple Watch to date.

With the new Action button, users can quickly start workouts, or switch to a new Compass Waypoint (designed to quickly mark points of interest on a map), Backtrack (to help users retrace their route when lost), check their depth while diving with the new depth gauge. The Action button and the crown are designed to work with gloves, according to Apple.

The Apple Watch Ultra offers up to 36 hours of battery life during normal use, according to Apple. Meanwhile, the company says it will offer a new low-power setting that is claimed to offer up to 60 hours of battery backup. It is waterproof up to 100 metres under water, and is cerified to EN 13319, which is used for diving accessories.