OnePlus Nord Watch may come in five variants under two models, as per a tipster. 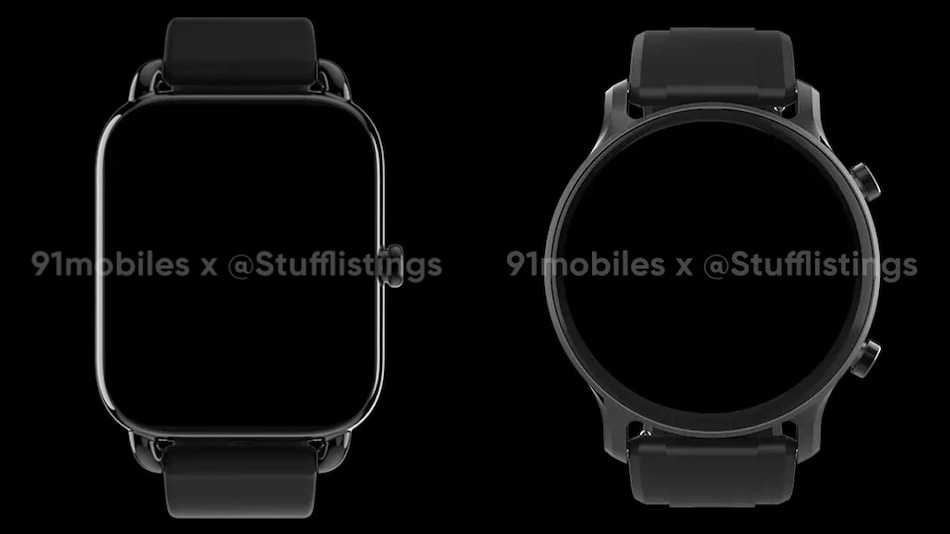 OnePlus Nord Watch price in India, renders, and a few features have been leaked online. As per a tipster, the wearable is said to come in two models that will have a total of five variants. One model is said to come with a circular dial and other with a rectangular dial. The tipster had previously claimed that the OnePlus Nord Watch may come in at least two colours, namely Black and White. The smartwatch is also said to be a budget offering and house a solid battery.

The OnePlus Nord Watch price in India could be around Rs. 5,000 in India. In comparison, the OnePlus Watch debuted in India at a price of Rs. 16,999.

Citing tipster Mukul Sharma, 91Mobiles reported that the OnePlus Nord Watch will come in two models: one with circular dial and other with rectangular dial. The model with circular dial is tipped to come in three variants with 240x240 pixels and 390x390 pixel resolutions. The model with rectangular dial is said to have two variants with 240x280 pixel and 368x448 pixel resolutions.

As far as the design is concerned, one OnePlus Nord Watch variant with circular dial features a protective edge with dash lines indicating minutes and hours. It is said to be the rugged version of the wearable and has two crown buttons on the right side. The second circular variant gets the same design as the first one but misses out on the dash lines. The third variant gets a single crown and there are no dash lines as well.

Coming to the rectangular models of the OnePlus Nord Watch, both of them have two buttons on the right side. While one of them has a loop-like band, the other has a click-and-fit like band. The first one is said to have a larger screen size. Mukul Sharma also shared a few images on the UI of variants of the rectangle dials.

Some key specifications of the OnePlus Nord Watch were previously tipped by the same tipster. He claimed that the wearable may come in at least Black and White colour options, offer fitness-centric features on a budget, and will also house a solid battery.