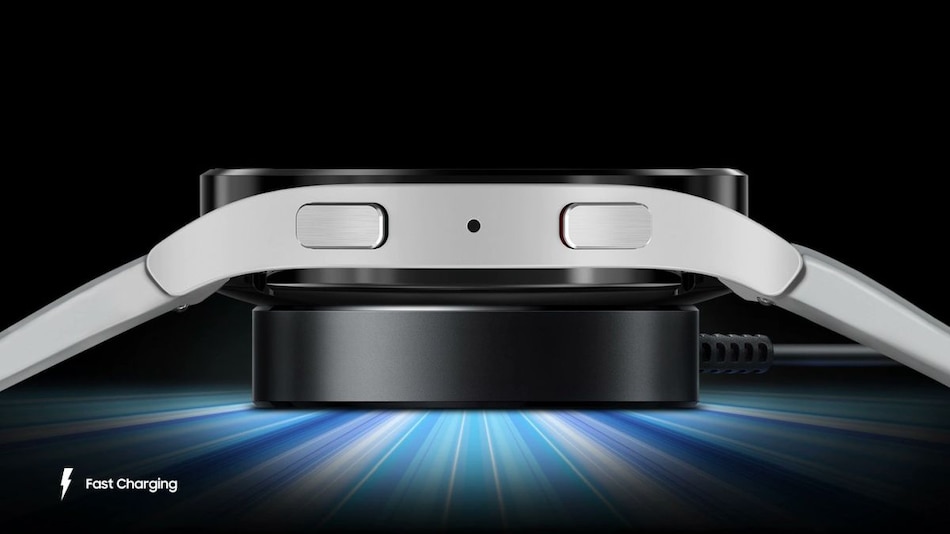 Samsung Galaxy Watch 5 has been tipped to debut with a 10W fast charger. The smartwatch is also said to charge to 45 percent with a 30-minute charge, according to the tipster. The alleged images of the wireless charger have also been shared online by the tipster. It can be seen with a USB Type-C cable. Additionally, pricing of the Galaxy Watch 5 series in Canada has also been tipped. Purported renders of the company's upcoming smartwatch series previously surfaced online, ahead of its expected launch on August 10.

Tipster SnoopyTech claims that the Samsung Galaxy Watch 5 will launch with a 10W fast charger that is said to charge the battery of the smartwatch up to 45 percent with 30 minutes of charging. As previously mentioned, the tipster has also shared the alleged images of the fast charger. In the images, it can be seen with a USB Type-C cable. In another tweet, the tipster has also shared the Canadian prices of the upcoming Galaxy Watch 5 series.

According to a recent report, the alleged renders of the Samsung Galaxy Watch 5 series had leaked online. The renders suggested that the smartwatch could feature five colour options. Although, the marketing names of these colourways are yet to be announced, they could be Black, Green, Pink, Purple, and Grey. The smartwatch reportedly features the same circular-dial design as the previous generation.

Samsung Galaxy Watch 5 Pro was recently tipped to offer up to 3 days of battery life. Samsung is yet to officially confirm the specifications of the Galaxy Watch 5 series. The smartwatch series is reportedly going to launch at the Galaxy Unpacked event on August 10.