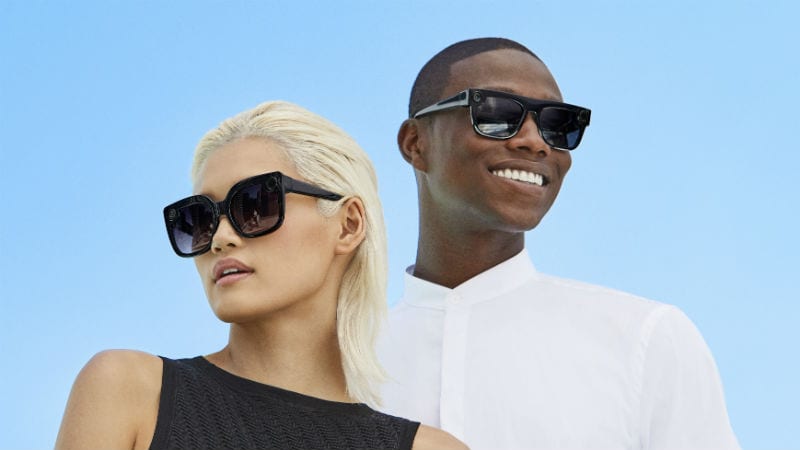 Snap is updating its camera-enabled spectacles with two new styles of frames. Called Nico and Veronica, the two new models of its second generation Spectacles, have arrived with a new design. To recall, in April this year, the parent company of Snapchat had started selling Spectacles 2.0, the first product in its second generation of eyewear with inbuilt cameras. The new variants have similar functions as that of the original Spectacles 2.0, but look more like traditional sunglasses and cost $199.99 (roughly Rs. 14,800), a $50 (roughly Rs. 3,600) price jump.

To recall, Snapchat Spectacles 2.0 came with new features such as water resistance and the ability to record photos, video, and audio that can then be transferred to Snapchat for messages to friends. Users could capture up to 70 videos or hundreds of images on a single charge - then transfer them to your phone, wirelessly. Meanwhile, for $50 more, Nico and Veronica do not offer any significant new features but they come with polarised black lenses and black frames.

Since Nico and Veronica feature a classic design, they appear closer to regular sunglasses than the previous Spectacles variants. Thanks to the all-black design, the camera lens at the front is not as prominent as before and the sensor is harder to notice.

The company has stated that it will also be rolling out a new Snapchat feature this year that will automatically curate your Spectacles Snaps into a single Highlight Story. It said that Highlight Stories will make it "faster and easier to find your favourite moments and share them with friends after a full day of Snapping."

Nico and Veronica are now available on the company's site in countries like the US, the UK, France, Spain, and other European countries. As mentioned, both the Veronica and Nico Spectacles are available for $199.99 in the US and EUR 199.99 (roughly Rs. 16,700) in other countries.