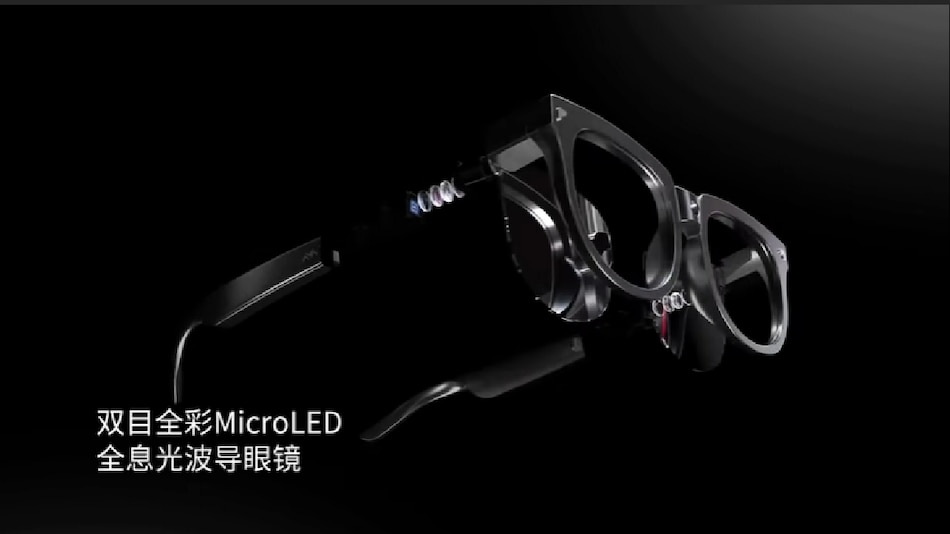 TCL Thunderbird Smart Glasses Pioneer Edition were unveiled in China on Friday, October 15. The smart glasses come with a MicroLED display and contain a waveguide developed in-house by TCL. Thunderbird Smart Glasses look like normal sunglasses with colour screens that are transparent. The TCL smart glasses come with various smart features like an inbuilt camera. The glasses can also present multiple screens at the same time. Smart glasses are said to be able to make calls, offer navigation using augmented reality (AR), and capture photos. The device is expected to measure up with the recently launched Xiaomi Smart Glasses and Facebook's Ray-Ban Stories.

Thunderbird Smart Glasses Pioneer Edition has been announced by the company but pricing and availability information of the product was not revealed. The wearable is likely to first be made available in China before arriving at global markets.

TCL has shared a video showing an overview of specifications offered by the Thunderbird Smart Glasses Pioneer Edition. The device features a MicroLED display with 4µm (micrometre) pixels.

As per the video, the smart glasses can be used for setting up alarms, accessing smartphone data, watching videos, scheduling and managing calendars, watching video messages, and managing smart home devices. The Thunderbird Smart Glasses Pioneer Edition can also be used to control the car door lock switch.

Xiaomi unveiled the Xiaomi Smart Glasses last month with a bunch of features including navigation and real-time text translation. It weighs 51 grams and integrates MicroLED optical waveguide technology to display messages and notifications in front of the user's eyes. The Xiaomi Smart Glasses have an inbuilt dual beamforming microphone and speaker that can also be used to make calls. There is a 5-megapixel camera as well.

Facebook's Ray-Ban Stories smart glasses come with a price tag of $299 (roughly Rs. 21,970). It can take pictures and videos upon the wearer's voice commands, and the frames can connect wirelessly to Facebook's platform through an app. The wearable has cameras placed in front of the frames but misses out on the augmented reality (AR) features.