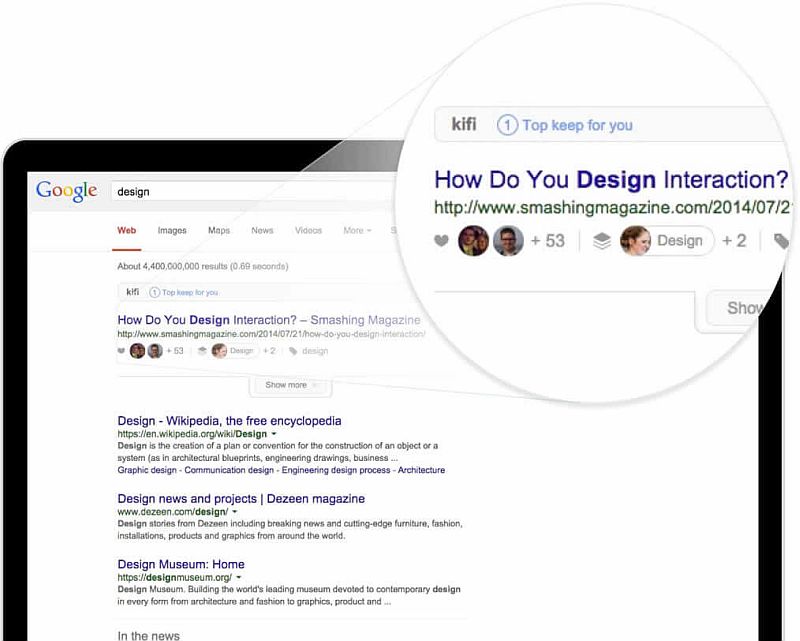 Google, in an attempt to bolster its Spaces group chat app, has acquired Kifi, a Web management tool. In a Medium post, Kifi made the announcement and confirmed that it will join Google's Spaces team. "The Kifi team is excited to announce that we'll be joining Google," wrote the company in the post.

For those unaware, Kifi was launched a little over two years ago and came with a mission to "connect people with knowledge." The service allowed teams to organise, share, discuss, and find valued content. The service also integrated the features into various browsers.

"We see a lot of alignment to Google's mission to organise the world's information and make it universally accessible and useful. Our team will be joining the Spaces team at Google to build solutions focused on improving group sharing, conversation, and content finding. Frankly, we're thrilled they have a bit of "space" for us," said the Kifi team.

The company however pointed out that the Kifi service and data will not become part of Google. After few weeks, Kifi users will be able to "easily export data."

Launched back in May, Google's Space was available to users on Android, iOS, desktop, and mobile web. Believed to be Google's latest take on social app, the Spaces app allowed users share content in groups on any topic. The biggest highlight of Google's Spaces app is it comes with built-in Google Search, YouTube, and Chrome.