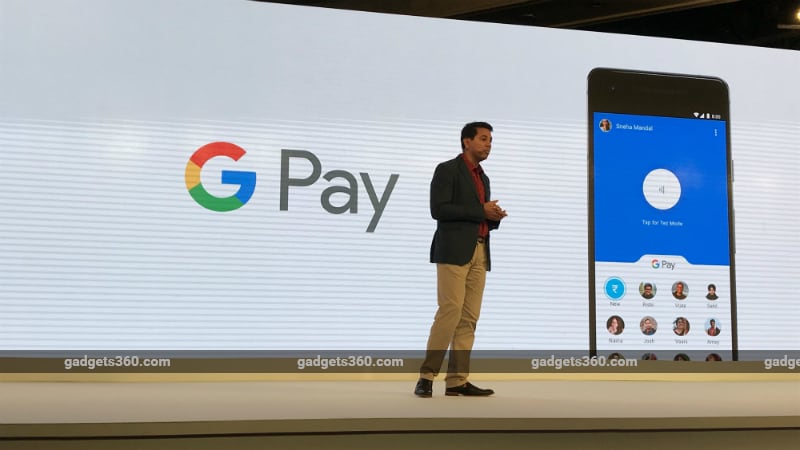 Google Tez will now be rebranded to Google Pay, the company announced at the 2018 edition of the Google for India event held in New Delhi on Tuesday. Rich interactions are coming to Google Pay, and Google aims to empower 15,000 retail stores in India to use Google Pay by Diwali 2018. Additionally, businesses and merchants can now pay for Google Ads using Google Pay. Google claims that over 1.2 million small businesses in India are already using Google Tez (now rebranded as Google Pay).

"All things you love will remain same," said Caesar Sengupta, GM, Payments and Next Billion Users Initiative at Google, at the event emphasising the fact that this is a mere rebranding exercise and not the dilution of a pre-existing service.

"The many things that you love about the app - the familiar contacts on your homescreen, the one-touch mobile recharges, and of course the fun offers and rewards - are all here to stay. In fact, over time we’ll bring many of these features to Google Pay users in other countries just as we’ll bring features we have launched elsewhere to India," Sengupta added in a blog post.

Google Pay is getting integration for loans in collaboration with Federal Bank, HDFC Bank, ICICI Bank, Kotak Mahindra Bank, and others. The loans will be pre-approved and will be given only to bank customers through the banks. Google Pay will essentially work as an intermediary. The pre-approved loans start appearing in the app in the coming weeks.

At the event, the tech giant announced that 22 million people now use Google Tez every month and have made a total of 750 million transactions since launch in September last year. The company also claimed that monthly BHIM UPI transactions have grown 14x since the launch of Google Tez.

The rebranding rollout will complete in the next couple of weeks. Merchants will get the option to enable payments directly from their app where customers can just swipe the Pay button to make payments to their nearby merchants. There will also be an option to show a QR code to customers to make seamless payments. The merchants will get transaction history on their app along with the picture and name of the customers and the amount they’ve paid as well as the transaction ID for each transaction happened in the past.

Back in March this year, Google Tez had added a simple chat feature allowing users to communicate with their contacts alongside simultaneously sending and receiving money via UPI.