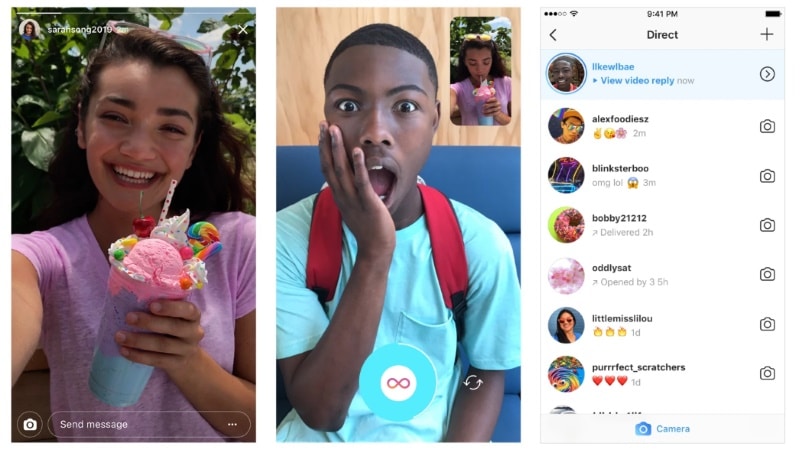 With over 250 million daily active users, Instagram Stories is growing by leaps and bounds, enough as well to defeat Snapchat, which it copied the feature from. And now with a new update, Instagram Stories will become more interactive. Instagram Stories now lets users reply to Stories with photos or videos. Moreover, you can apply filters, stickers, and other camera tools to the photos and videos sent in the form of a reply to Stories. Separately, Instagram has now acknowledged a bug was forcefully logging users out of their Instagram accounts, making it appear like an account deletion.

Talking about Instagram's new feature now available for Stories, users can choose any friend's Stories to watch and send photos and videos, in addition to sending text message replies to them. To reply with a photo or a video, you'll need to tap the new camera button while you're watching a friend's story. After taking your photo or video, you will be able to use any creative tools inside the camera, including face filters, stickers, and Rewind. Also, while replying you'll see a sticker of the Story that you can move around.

The friend at the other side, who posted the Instagram Story, will receive the photo or video reply in their direct messages where they can tap to view it and also see a thumbnail of the original Story, only visible to them. Just like the disappearing photos and videos in Direct, you will know when they have taken a screenshot or replayed your reply. The photo and video reply feature is rolling out with v10.29 on Android and v10.28 on iOS.

Coming to the unusual bug that has left many Instagram users confused, Instagram told The Verge that it is working to resolve it "as quickly as possible." Over the last 24 hours, an increasing number of Instagram users reported that they had been logged out of their accounts, and not able to sign back in. This made the users believe that their accounts have been deleted, while really they were not. The accounts affected included some personal and business related ones. While trying to sign in, Instagram asked for a security code to recover the accounts, but users report that they never received any. Some other users also reported that at the time of logging back in, they were shown a message saying that their accounts were disabled for violating Instagram's terms with an option to learn more about the issue.