Microsoft Defender is currently available for all Microsoft 365 Personal and Family subscribers. 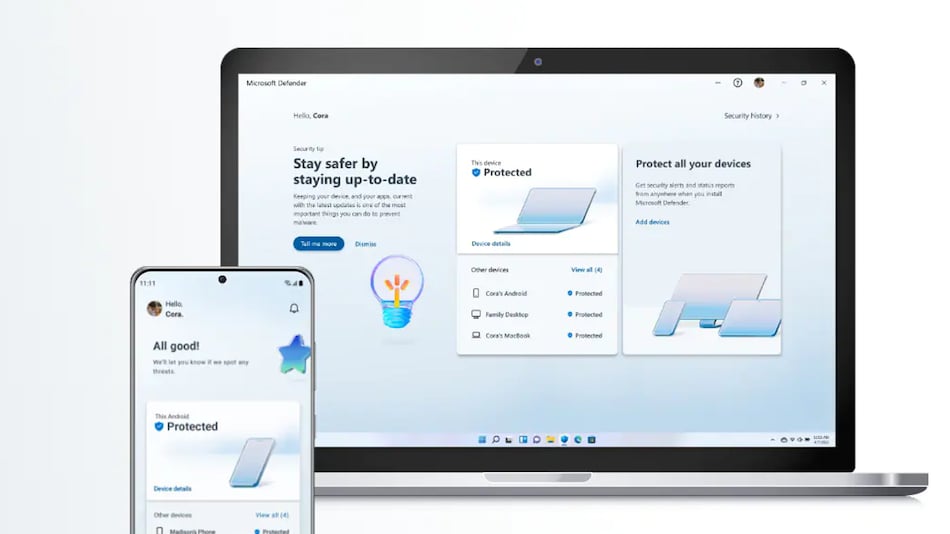 Microsoft on Thursday announced the availability of new Microsoft Defender app for Microsoft 365 subscribers. Users across Android, iOS, macOS, and Windows devices with Microsoft 365 Personal or Family subscriptions will be able to access the online security app now. The Defender app works as a central hub for managing and monitoring the security status across your computers and phones. It is claimed by the company to safeguard data and devices from malicious online threats and it will also recognise third-party antivirus solutions from Norton, MacAfee, and other companies. With the Defender app, users will get instant security alerts and tips to ensure the security of their devices, Microsoft says.

The company announced the release of Microsoft Defender app for individuals via a blog post on Thursday. The cybersecurity app, which was available for preview earlier, can now be accessed on Android, iOS, macOS, and Windows. It is bundled with Microsoft 365 Family or Personal plans and the features of the app vary across platforms.

Microsoft Defender, as detailed on the company's forum, offers antivirus and anti-phishing protection for your data and devices. Once installed, you can manage security protections for you and all devices used in your family from the centralised dashboard. This hub will also show the third-party antivirus protection from Norton, McAfee or any other vendors. Besides, the new cross-platform Defender app gives security alerts and tips across different devices. This feature is for now limited to Windows and macOS devices. The company is also planning to add features like identity theft protection and a secure online connection to the framework soon.

Realme Techlife Watch R100 Hinted to Launch in India on June 23: All the Details