Pixy can fly a few feet above the user and land in the palm of the hand, says Snap. 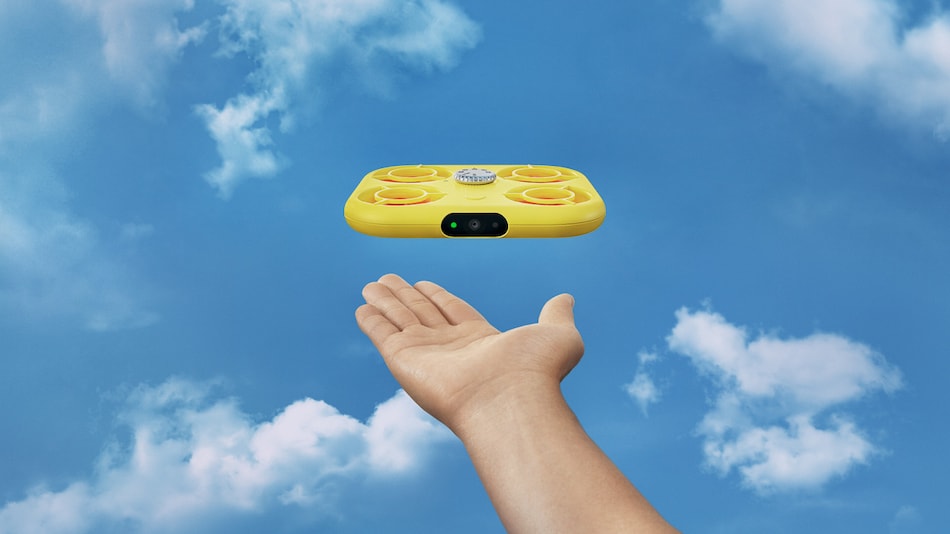 Snap will roll out new features to make it easier for brands to create augmented reality shopping experiences on its Snapchat app as well as a flying camera, the company said on Thursday at its annual presentation to showcase new technology.

The Santa Monica, California-based company announced the pocket-sized camera called Pixy, which can fly a few feet above its owner to take photos and videos before landing in the palm of the hand, in a renewed push to grow its hardware business. Pixy will cost $230 (roughly Rs. 17,550) and will be sold in the United States and France, Snap said.

The theme for Snap's Partner Summit was "Back to Reality," reflecting the company's focus over the past few years on augmented reality (AR), a type of technology that enhances photos, videos or the experience of the real world with computerised images.

"We believe there's a tremendous amount of opportunity to build tools ... that are connected to what we see in front of us," Bobby Murphy, co-founder and chief technology officer at Snap, said in an interview.

Snap will begin offering a variety of free services for AR developers including data storage. Until now, photo filters and lenses have had to be simple and compact in file size so they could upload on the app quickly. With more storage, developers will be able to create more complex AR experiences, Murphy said.

For example, an augmented reality garden would be able to include 3D models of more flowers and plants, he said.

Snap will also roll out a new feature called "Dress Up" on Snapchat in which users can browse AR shopping filters that let them virtually try on clothing and accessories.