You Can Now Collaborate via Skype Voice, Video Calls in Office Online 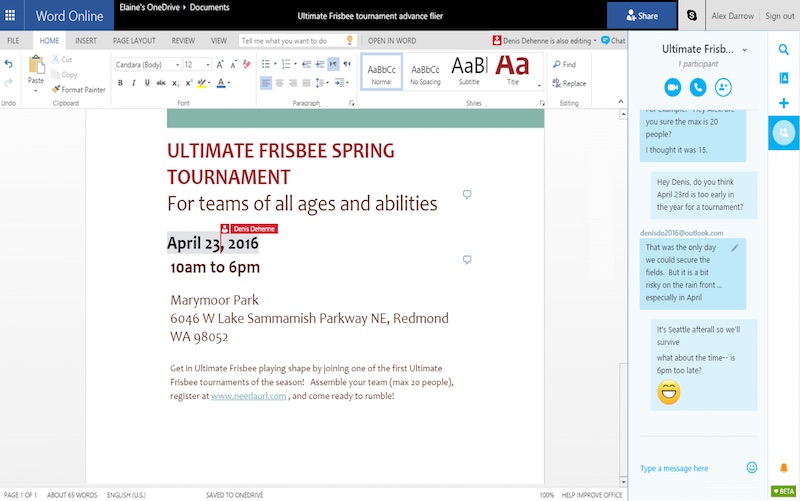 Users have long been able to send text messages via Skype to their friends while working on Office Online. But as you may realise, you can only type at one place at a time. Which is where the new additions come into play. The company announced on Thursday that users will be able to see and chat with their Skype contacts right from within their file. The company says the chat history will be logged in the document.

Microsoft also released a Chrome extension dubbed Office Online which gives users a quick option to browse their Office and Sway documents stored on their computer or in OneDrive. The extension also gives users the ability to quickly create a document. It is already live on the Chrome Web Store for download.

The new addition to Skype and Office Online is one of the many features the Redmond company has added to its service in the recent times. Just last month, Microsoft introduced Skype for Business into Office 2016 (the standalone Windows client).