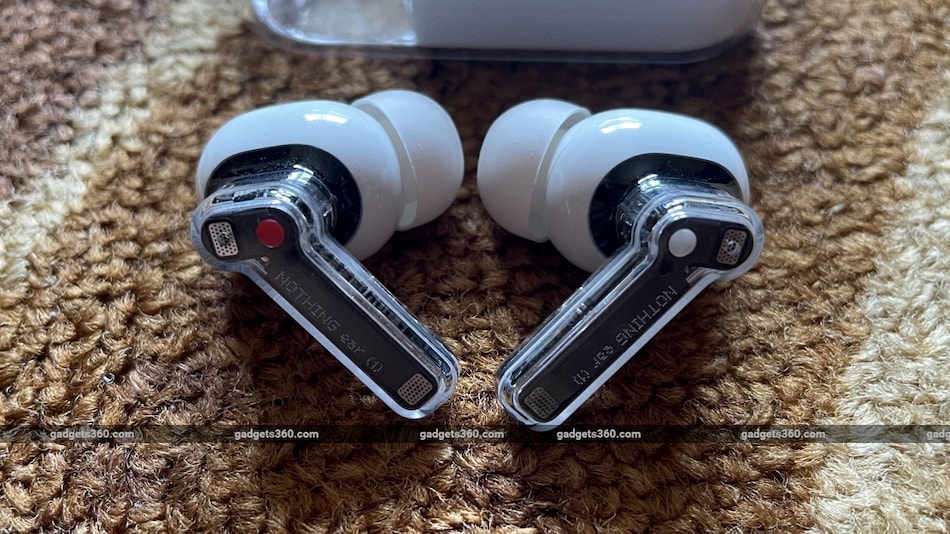 Nothing Ear 2 truly wireless stereo earbuds (TWS) renders have been leaked online, days ahead of the launch of the company's Nothing Stick TWS earphones. Nothing, led by ex-OnePlus co-founder Carl Pei, is reportedly gearing up to launch new pair of earphones, tipped to succeed the Nothing Ear 1 that were launched last year. Renders of the yet-to-be-announced Nothing Ear 2 truly wireless stereo (TWS) earphones have surfaced online, showing their design and a few specifications. The renders suggest a semi-transparent design for the purported TWS earbuds. They are shown to feature the text “ear (2)” on the earbuds in place of the Nothing logo, as per a report.

It is worth noting that the UK-based brand is yet to reveal plans to unveil the Nothing Ear 2 earbuds.

Meanwhile, Nothing Ear Stick true wireless earphones are set to be launched on October 26 as the second audio product from Nothing, following the Ear 1 true wireless headset that was launched globally last year.

Nothing Ear 1 is currently listed on Flipkart for Rs. 7,299 in India. The truly wireless stereo (TWS) earbuds have a semi-transparent design and feature 11.6mm dynamic drivers. They include Bluetooth v5.2 for connectivity and support both SBC and AAC codecs. There is also support for both wired and wireless charging.

Nothing Ear 1 TWS earbuds have an IPX4 rating for sweat and water resistance as well. The earbuds offer active noise cancellation (ANC) support along with a dedicated transparency mode. The Nothing Ear 1 feature touch controls to allow for quick control of playback, noise cancellation and transparency modes, and volume. Moreover, the earbuds are rated to deliver up to 34 hours of battery life in total — including the charging case.