The company has already teased the design of the charging case of the Nothing Ear Stick. 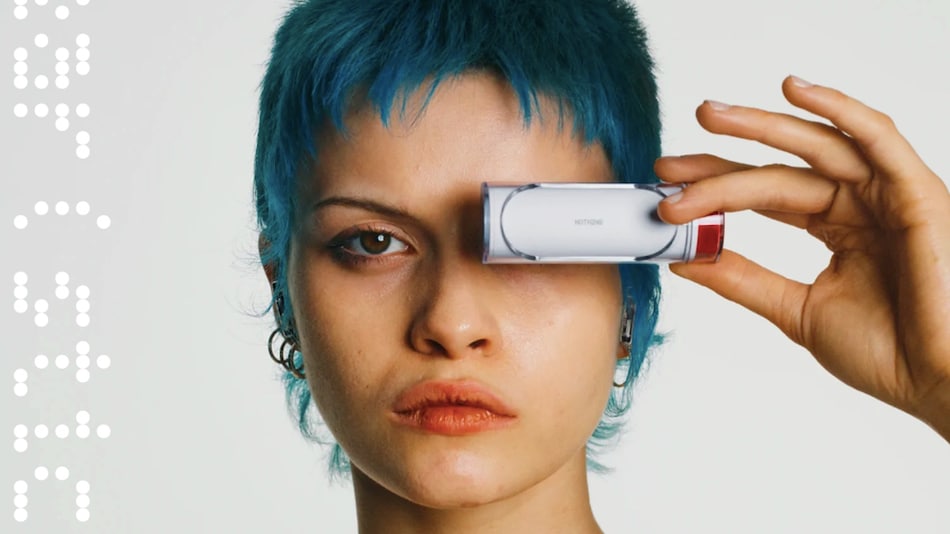 A few details, including the design of the charging case of the Nothing Ear Stick headset, have already been revealed. Further details, including specifications, features, and pricing, will likely be announced on October 26. On the face of it, it seems that only the charging case has got a significant redesign, with a long, tube-like look that is unlike the transparent boxy shape of the Nothing Ear 1 case.

Priced at Rs. 7,199 in India, the Nothing Ear 1 was launched in 2021 and features app support, active noise cancellation, and a unique transparent design for the earpieces and charging case.

This was Nothing's first global product, and was followed by the Nothing Phone 1, which was launched in 2022. The Nothing Phone 1 has a similar transparent design for the back panel, along with a unique light system which flashes in sync with ringtones and alert notifications.

The Nothing Ear Stick will be the company's third product launch globally, as the company founded by OnePlus co-founder and former top executive Carl Pei looks to build on the hype and attention going into the festive season.