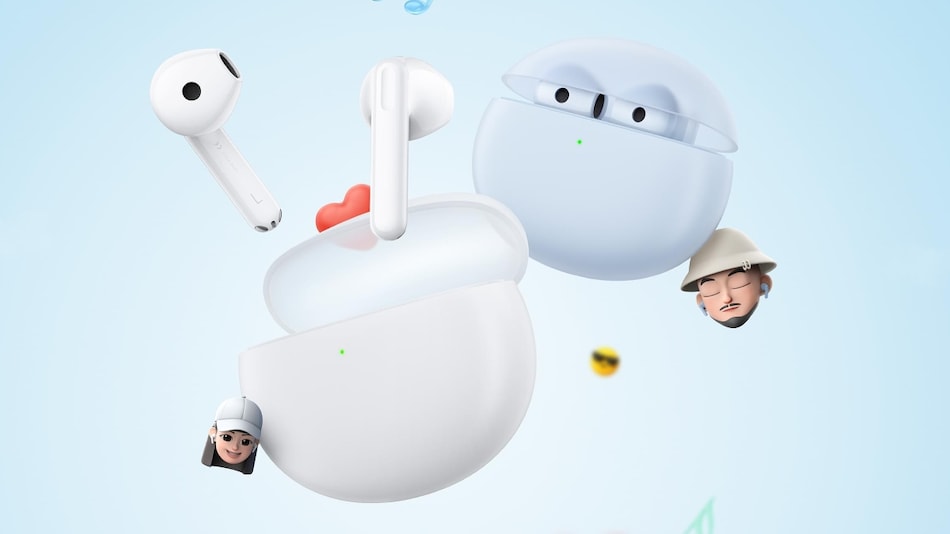 Oppo Enco Air 2 will launch in India on March 23 along with the Oppo K10, an upcoming smartphone from the Chinese company. The Oppo Enco Air 2 will be the successor to the widely available Enco Air and sports a similar design with a translucent casing. The earphones come with Oppo Blu-Ray acoustic tuner presets and two new Enco Live Tuning presets “Pure Bass” and “Melodious Voice” for personalised sound effects. A teaser page for the Enco Air 2 has gone live in India, indicating the launch. The true wireless stereo (TWS) earbuds debuted in China earlier this year.

The Indian model of the Oppo Enco Air 2 are likely to have the same specs as the Chinese variant. The Chinese model of the wireless earphones are equipped with a 13.4mm composite titanium-plated diaphragm moving coil. Oppo says that the release of sound energy is doubled compared to its predecessor Oppo Enco Air. The new TWS earphones feature a unique bass duct that is essentially a large sound cavity volume for the speaker, which makes the bass more rhythmic according to Oppo. The earphones also come with Oppo Blu-Ray acoustic tuner presets and two new Enco Live Tuning presets “Pure Bass” and “Melodious Voice” for personalised sound effects. The TWS earbuds have a frequency response range of 20Hz to 20,000Hz and feature support for AAC and SBC Bluetooth codecs.

Oppo Enco Air 2 are claimed to use artificial intelligence to simulate the human binaural hearing system for a clear calling experience. The earpieces have touch panels to control calling and music playback. The earphones come equipped with Bluetooth v5.2 low-latency dual transmission technology that is claimed to offer low latency of 94ms for gaming. They are compatible with both Android smartphones and Apple iPhone models.

Oppo Enco Air 2 earphones are said to offer a total playback of up to 24 hours. Each earpiece has a 27mAh battery that delivers a 4-hour playback on a single charge. Its 440mAh case can lend five additional charge cycles and be charged fully with a USB Type-C port in 2 hours.

Oppo Enco Air 2 can also be used to take pictures remotely when paired to a smartphone and come with IPX4 rating for water resistance. The pair along with the charging case weighs 39.9 grams.