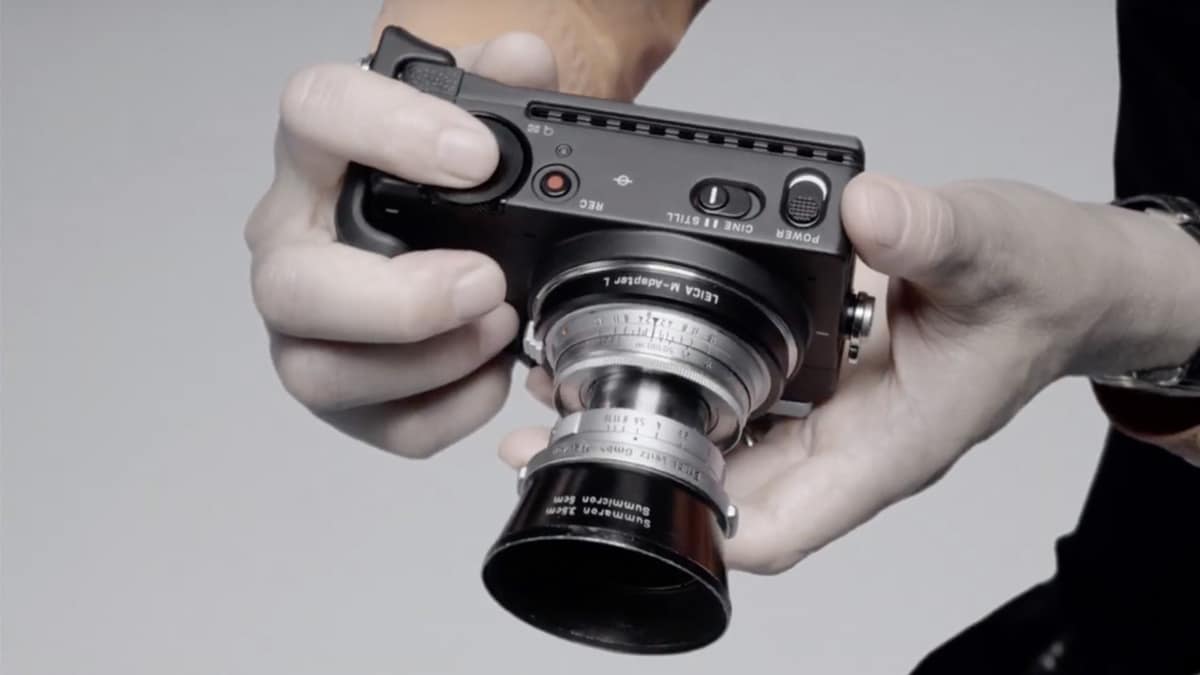 The Sigma fp is deceptively small but packs a punch

At an event held in Japan, popular lens maker Sigma has just launched a brand new full-frame, mirrorless camera called the ‘fp', which also happens to be the world's smallest and lightest mirrorless camera of its class. Sigma is able to achieve this compact size by getting rid of the mechanical shutter and only relying on an electronic shutter. This gives it the form-factor of a point-and-shoot camera, with the capability of professional-grade camera as it has full support for things like 12-bit Cinema DNG external recording. Sigma has revealed when the camera will be available or how much it's going to cost, so we'll have to wait a bit for that.

The Sigma fp measures just 113x70x45mm and weighs only 370 grams. It uses the L-mount, which is big advantage as its compatible with not only Sigma lenses but also from Panasonic, as part of the L-Mount Alliance formed by the two companies last year. The body is built from a die-cast aluminium alloy and is also dust and splash proof. The sensor is a 24.6-megapixel full-frame Bayer sensor with contrast detection autofocus. Sigma claims that the fp is capable of focusing down to even -5EV.

It features a 3.2-inch, fixed touchscreen with a 2.1-million dot resolution. The fp relies completely on the electronic shutter, which Sigma says will give users quieter shooting experience without any worry of lag or shutter shock, which can be an issue with mechanical shutters. For a tiny camera, the Sigma fp has a surprising number of buttons, including dedicated ones for switching between Stills and Cine shooting, and ‘Tone' and ‘Colour' buttons for easier access to tone control and colour mode menus respectively.

The Sigma fp has an ISO range of 100-25,600, which can be expanded to 6-1,02,400. There's also support for Eye AF, HDR and the 14-bit RAW (DNG) files are compatible with Sigma's Photo Pro software. It also has an impressive burst rate of 18fps. The fp has some impressive video abilities too, with support for 12-bit Cinema DNG, 4K video up to 30fps, full-HD video recording up to 120fps, and All-Intra recording option, which records a smaller file size, making it easier to edit.