The US Senate is looking to “understand and mitigate” potential risks to its economy that may have emerged since El Salvador adopted Bitcoin in 2021. 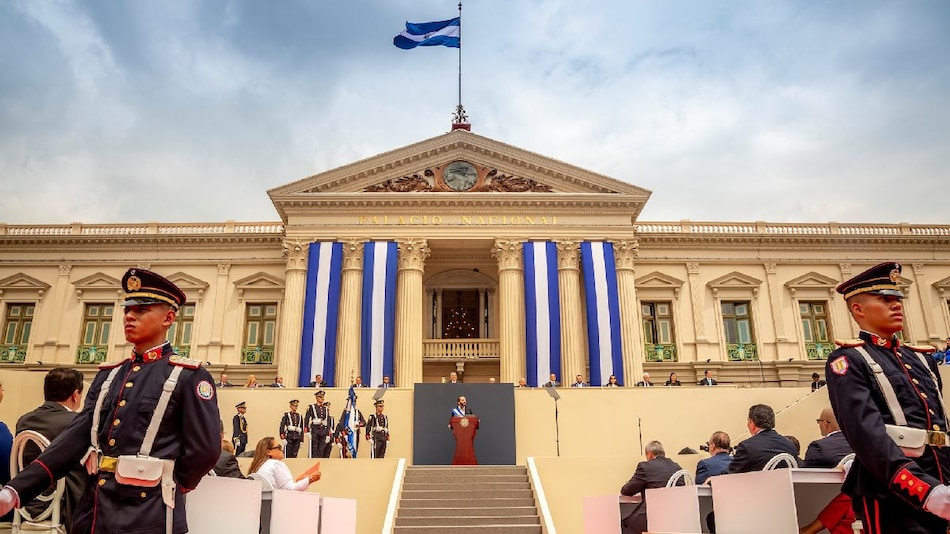 “The US government does not stand for freedom,” Salvadoran president Nayib Bukele has said, slamming the country for demanding an insight into El Salvador's finances. The US Senate is looking to “understand and mitigate” potential risks to its economy that may have emerged since El Salvador adopted Bitcoin as a legal tender last year. In the backdrop of this US intervention, Bukele has plans to meet with Chengpeng Zhao, the CEO of Binance crypto exchange, who is currently on a visit to El Salvador.

The bill seeking this information has been passed in the US and is called the “Accountability for Cryptocurrency in El Salvador (ACES) Act”. Since El Salvador uses the US Dollar as its national currency, its Bitcoin adoption must have had some impacts on the US economy, which it wants to inspect.

Bukele shot back at the US on Twitter, sharing images of US' demands from El Salvador.

“Never in my wildest dreams would I have thought that the US government would be afraid of what we are doing here,” the 40-year-old Salvadoran president posted.

The US Government DOES NOT stand for freedom and that is a proven fact.

So we will stand for freedom.

The US has given El Salvador 90 days to report its financial changes triggered due to Bitcoin legalisation in the last six months.

Meanwhile, Bukele is meeting with the visiting Binance CEO on March 25. The Salvadoran president is likely to ask for the issuance of Bitcoin Bonds from Binance in order to stabilise its BTC adoption aftermath.

Looking forward to it. Plenty to discuss. :pray:

Despite criticism from the International Monetary Fund (IMF) on his BTC adoption decision, Bukele has been a constant supporter of the crypto industry.

The IMF had suggested El Salvador to dissolve its $150 million (roughly Rs. 1,120 crore) trust fund of legalised Bitcoin and return any of those unused funds to its treasury. The trust fund was intended to allow the automatic conversion of Bitcoin to US dollars in order to encourage people wary of adopting the highly volatile digital currency.

From establishing Bitcoin ATMs to creating a government-backed Bitcoin wallet called Chivo for Salvadorans, Bukele has been bringing initiatives focussed on expanding crypto acceptances and use cases in his country.

El Salvador's long-term foreign-currency Issuer Default Rating (IDR), that was previously at B- grade, has been downgraded into the ‘junk grade', according to Fitch Ratings.