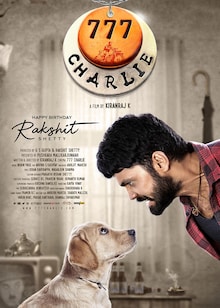 Dharma (Rakshit Shetty) has found comfort in his negative and lonely lifestyle — and has got stuck in a rut.

A pup named Charlie, who has a contrasting persona as he is naughty and energetic, enters the life of the protagonist and changes his perspective on life forever.