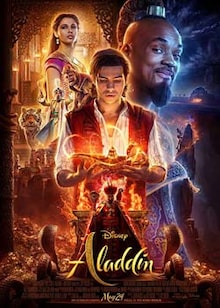 Arabian street urchin Aladdin (Mena Massoud) is instantly smitten by the feisty Princess Jasmine (Naomi Scott) — who has snuck out of the palace to put her sheltered life on a brief pause.

Luck favours Aladdin when he stumbles upon a magical lamp that houses a powerful genie (Will Smith) who can fulfil his three wishes, sans any conditions.

However, the lamp is as much desired by the evil vizier Jafar (Marwan Kenzari), who is willing to go to any extent to seize it.

Will Aladdin be able to save the lamp from Jafar? Will the genie ever find freedom from his servitude as promised by Aladdin? Will Princess Jasmine and Aladdin’s love story ever take off?

The fantasy musical is a live-action remake of Disney’s 1992 classic Aladdin, which is also based on the Arabian folk tale of the same name. 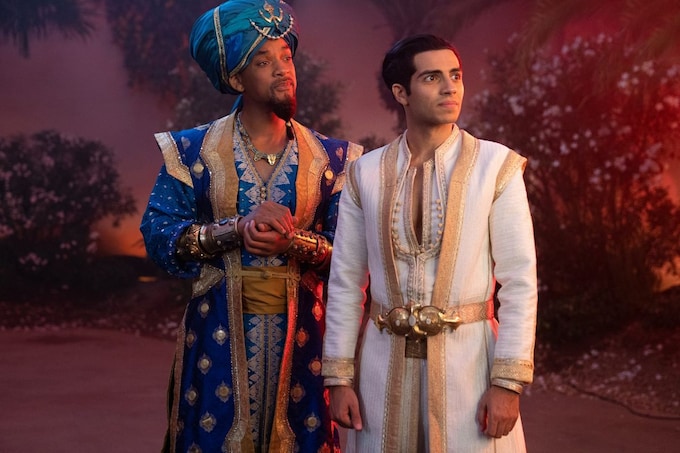 Ever since Disney announced a live-action remake of its 1992 animated musical hit Aladdin, the film has been mired in controversy and criticism, right from its casting choices — Princess Jasmine is played by Naomi Scott, a British actress of Indian descent — to the uncanny-valley effect of Will Smith in the Genie's CGI-crafted blue avatar in the trailers. While there's no getting away from the latter, though Aladdin does its best to keep Smith in his human form for narrative reasons, Disney hand-waved away the former by stating that Jasmine's late mother would be an outsider — in the film, she's said to be the fictional kingdom of Shariabad, an ally of Agrabah — and that its fictional Arabian setting was at the centre of the ancient Silk Road, and hence an amalgamation of Middle Eastern and South Asian cultures.