Disney’s D23 Expo: The Little Mermaid, Inside Out 2, Mufasa: The Lion King, and More

All the major trailers and news from Disney’s D23 2022 in one place. 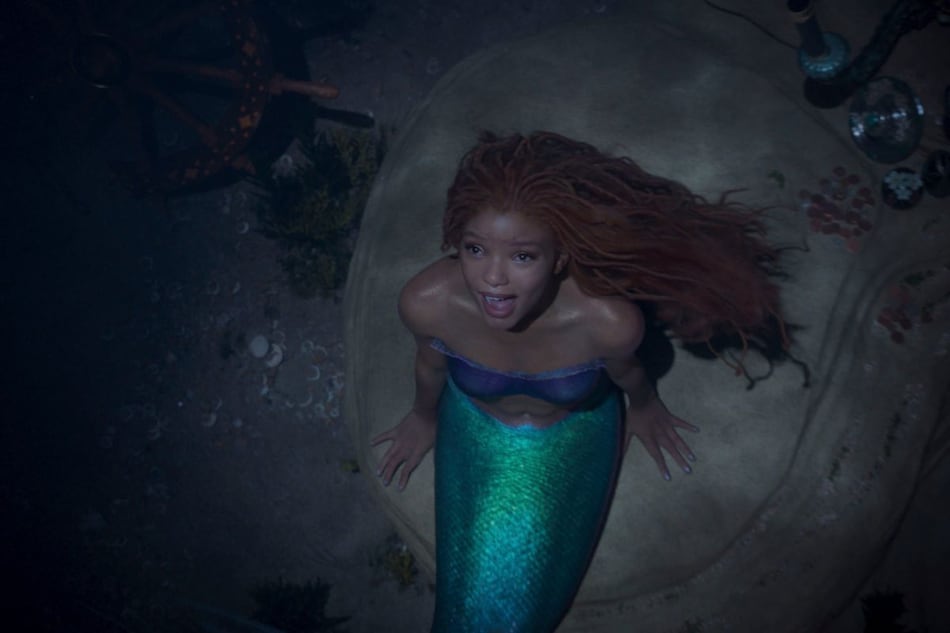 D23 Expo, Disney's annual event for showcasing all future projects, kicked off on Saturday. The assembly, held at the Anaheim Convention Center, was live streamed across multiple online platforms, with announcements from Disney, Pixar, and Marvel. D23 is scheduled to run for three days, until September 11, during which in-person fans get to experience iconic sets from various Disney media. Meanwhile, those at home have more trailers coming up. Key attractions include The Little Mermaid, the Amy Adams-led Disenchanted, and a special announcement for Barry Jenkins' The Lion King sequel.

For your convenience, we have listed below the biggest announcements to come out of D23 Expo, including movies, shows, and games.

At D23 Expo, Disney finally offered a first look at Halle Bailey as Ariel, The Little Mermaid, swimming along the reefs of the undersea kingdom of Atlantica. Rob Marshall — best known for Mary Poppins Returns — directs the live-action remake from a script penned by David Magee (Life of Pi). The brief teaser only touches upon the world-building aspects as Ariel sings the iconic “Part of Your World,” hoping to escape into the land above. You can also see Flounder, who will be voiced by Jacob Tremblay (Luca).

Nearly 15 years after the original movie, Giselle Phillip (Adams), Disney's live-action princess is back with a sequel. Leaving behind her “happily ever after” past, she moves to a suburb, only to be overwhelmed with real-world problems that are in stark contrast to her fairy tale life. As temptation takes over, she wishes for a whimsical lifestyle, slowly reducing family members into pawns that obey her command. The spell has backfired, putting Giselle in a race against time to reverse it and free herself from the delusion.

Amy Poehler (Parks and Recreation) made an appearance at D3 Expo to announce a sequel to the Academy Award-winning Inside Out. The Pixar movie picks up with Riley as a teenager, dealing with a whirlwind of complicated emotions that come with adolescence. Understandably, the film will include new anthropomorphised feelings that wreak havoc inside her head, in addition to the existing five — Joy, Sadness, Fear, Disgust, and Anger.

Oh JOY! Amy Poehler is back to star in Inside Out 2. Directed by Kelsey Mann, produced by Mark Nielsen, and written by Meg LeFauve, Disney and Pixar's Inside Out 2 releases Summer 2024. pic.twitter.com/HMHY391vN9

A prequel to the 2019 “live-action” adaptation of The Lion King releases sometime in 2024. Directed by Barry Jenkins (Moonlight), the film has been officially titled “Mufasa: The Lion King,” and follows the lion cub's rise to become the ruler of the Pride Lands. Disney did not reveal new details on the same, except that Billy Eichner and Seth Rogen (Superbad) will reprise the roles of Timon and Pumbaa respectively.

The Sanderson Sisters — the trio of witches — are coming back to Salem, hunting down the group of teenage girls, who inadvertently awoke them from a long slumber. Hocus Pocus 2 reunites the cast of the original 1993 film — Bette Midler, Sarah Jessica Parker (Sex and the City), and Kathy Najimy, who now explore the modernity of the town, scouring convenience stores, flying around on hoverboards, and making a grand display at the Halloween festival.

Set in the World War 2 era of Paris, this untitled Marvel game pits Captain America and Black Panther against each other. Amy Hennig, known for writing and directing the Uncharted games, leads development via her Skydance New Media studio. Not much is revealed in the teaser, besides some confidential Hydra documents and the involvement of four lead characters — an undisclosed member of Wakanda and what looks like a standard heavy-booted soldier.

Following multiple delays, Marvel's Midnight Suns, the upcoming tactical role-playing title finally has a solid launch date. From the creators of XCOM, the game is set in the darker, supernatural realm of the Marvel universe, tasking players with assembling a faction and putting an end to the evil deeds of Lilith, Mother of Demons.

From acclaimed genre filmmaker, David Lowery (The Green Knight), comes Peter Pan & Wendy, a live-action remake of the original 1953 animated film. At D23 Expo, we got a 2023 release window and an official poster for the same, offering a glimpse at Neverland. The film stars Alexander Molony as Peter, Ever Anderson as the storyteller Wendy, Jude Law (Sherlock Holmes) plays the evil Captain Hook, and Alyssa Wapanatâhk as the native Tiger Lilly. Akin to the recent Tom Hanks-led Pinocchio movie, Peter Pan & Wendy will go straight to streaming.

Just revealed at #D23Expo ✨ Check out the new poster for #PeterPanandWendy. Streaming in 2023 only on @DisneyPlus. pic.twitter.com/sYk42QIfyi