Netflix India Is Going to Have a Big March: Best Originals and Films to Look Forward to 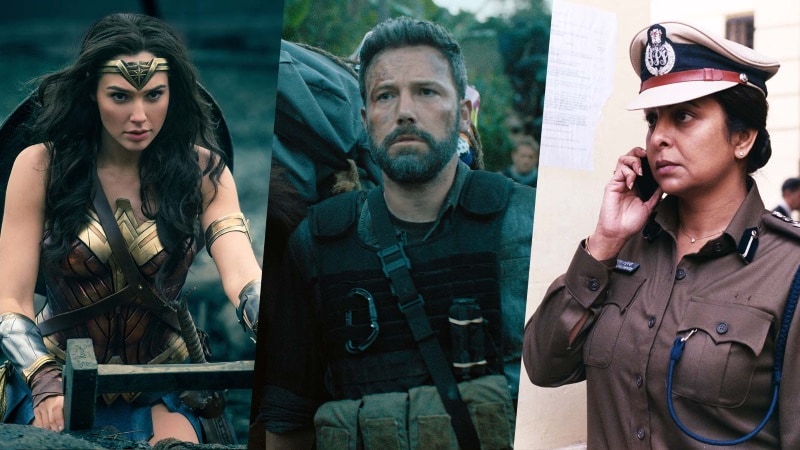 March is going to be a big month for Netflix subscribers in India, thanks to a slate boasting some promising originals — from India and beyond, with the latter boasting several big stars — and a breadth of licensed content that has a strong critical or popular backing. The first season of Delhi Crime, the police procedural thriller from Indo-Canadian writer-director Richie Mehta, which premiered at Sundance, arrives March 22. (If you want more series content, Amazon has Made in Heaven from the makers of Gully Boy, out March 8.) And there's the Madhuri Dixit-produced Marathi film 15 August, about the residents of a Mumbai chawl preparing for a flag-hoisting ceremony, out a week later on March 29.

Plus, the Mumbai Indians are being profiled in a docu-series that follows them through the course of the 2018 IPL season. Cricket Fever: Mumbai Indians premieres March 1. That's not the only Netflix original sports documentary in March. Formula One fans can look forward to a docu-series chronicling the 2018 F1 season in Formula 1: Drive to Survive, out March 8. And football fans will be treated to an in-depth look at World Cup winner Antoine Griezmann, who plays for France and the Spanish club Atlético Madrid, later in the month on March 21.

And lastly, there are a couple of big names on the stand-up specials front, as well, thanks to Jimmy Carr (March 12) and Amy Schumer (March 19). Moreover, two beloved originals — the makeover reality series Queer Eye and the sci-fi mystery series The OA — return for new seasons in March. Queer Eye season 3 drops March 15, followed by The OA season 2 on March 22.

With that, here are our 15 picks for March 2019 that you should watch out for, and the full list of movies and TV shows coming to Netflix India after that.

Yes, it's technically not a trilogy, we know. But the first three chapters — Identity, Supremacy, and Ultimatum — starring Matt Damon in the lead as the titular CIA assassin suffering from amnesia were so good that they changed the longest-running spy franchise of all-time: James Bond.

After a man-eating great white shark spoils the summer holidays of some Americans, a police chief, a marine biologist, and a shark hunter set out to hunt it. Jaws not only launched Steven Spielberg into the Hollywood limelight, but it gave the industry its staple: a summer blockbuster.

It might be over 25 years old at this point but watching the very first Jurassic film — based on Michael Crichton's novel, which he co-adapted — is a great way to remind yourself why the new series, Jurassic World, has no idea why it's doing. Spielberg at the helm, again.

Still the only good film to come out of DC Comics' attempt to make its own film universe à la Marvel, Wonder Woman — starring Gal Gadot as the Amazonian princess — is the female superhero film the fans deserved. Shame its ending was so generic then.

Likely best remembered for the tiny yellow henchmen — Minions — who have been absorbed into the Internet culture, the first chapter of this animated franchise was a romp from start to finish, as a supervillain (Steve Carell) adopts three orphans as cover for the heist of his life.

Part of Spielberg's transition towards humanitarian themes, Schindler's List tells the true story of Oskar Schindler (Liam Neeson), who spent his personal fortune to save the lives of over a thousand Jewish refugees from the Holocaust. Ralph Fiennes, Ben Kingsley co-star.

It got cancelled after three seasons, but it was fun while it lasted. Spider-Man 2 director Sam Raimi delivered a series follow-up to his original cult comedy horror series, with Bruce Campbell returning in the role that brought him fame.

Robin Williams and Robert De Niro lead the cast of this drama based on a 1973 memoir of the same name, about a doctor (Williams) who discovers the beneficial effects of a drug on catatonic patients, thereby gifting them a new lease on life.

The Bourne Ultimatum director Paul Greengrass brings to life the real-life story of the titular American merchant mariner (Tom Hanks), who is taken hostage by Somalian pirates after he tries to save the lives of his crew members, and eventually rescued by the US Navy in a heroic effort.

Winner of five Oscars, including Best Picture and Best Actor for Russell Crowe, this Ridley Scott-directed film tells a moving story of a Roman general (Crowe) who loses everything — his family and rank —to end up as a slave and then seeks vengeance on the perpetrator (Joaquin Phoenix).

Made by the duo of Ismail Merchant and James Ivory, this based-on-a-book film is about a dedicated and loyal butler (Anthony Hopkins), who gave much of his life — and missed out on a lot — serving a British lord who turns out to be a Nazi sympathiser.

Oscar-winner Jordan Peel's fantastic directorial debut, a satirical horror that tackles racism, slavery and liberal ignorance, never made it to Indian theatres, so this is your chance to catch the film that made waves two years ago — and earned a spot on our best-of.

Not many films come close to the worldwide appeal and legacy left by this sci-fi entry featuring the iconic DeLorean that Michael J. Fox's character uses to (accidentally) time travel to when his parents were his age. Strange then that it didn't get the green light for years.

There are many reasons why this Quentin Tarantino flick — starring Brad Pitt, Christoph Waltz, Michael Fassbender, Diane Kruger, and Daniel Brühl — is a glorious movie (excuse us), but if you're looking for one, check out the 17-minute opening scene set at a farmhouse.

Closing out an unusually-heavy Spielberg month is this slow-paced sci-fi pic — which spent several years in development, being rewritten over and over — about an everyday blue-collar guy whose humdrum life turns upside down after an encounter with an unidentified flying object (UFO).

Here's the full list of all the new content coming to Netflix India in March 2019. We've marked Netflix Original titles in bold for your convenience.

March 18
The Land of Hypocrisy: Season 1

March 28
Knocked Up
The Pianist

March TBA
On My Block: Season 2