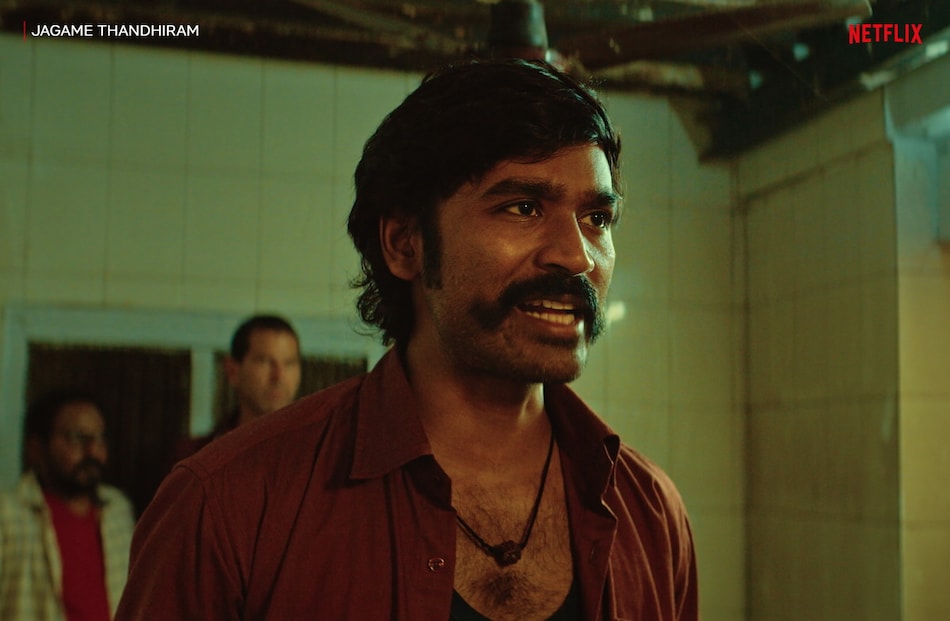 Jagame Thandhiram — with Dhanush, Aishwarya Lekshmi and James Cosmo — is likely the biggest original title Netflix India has in June. It follows a clever and carefree gangster (Dhanush) tasked to take down the rival of a London-based crime lord. The Tamil-language movie is out June 18 on Netflix. Elsewhere, the short stories of Satyajit Ray are adapted in four-part anthology Ray, led by an ensemble cast of Manoj Bajpayee, Ali Fazal, Kay Kay Menon, Raghubir Yadav, and Harsh Varrdhan Kapoor. Ray is out June 25 on Netflix. And if you would like even more Indian fare, check out Skater Girl on June 11, the story of a Rajasthani teenager girl who discovers a passion for skateboarding.

From the US in June, Netflix has Kevin Hart in a dramatic role with Fatherhood, out June 18. Susan and Robert Downey Jr. are executive producers on post-apocalyptic comic book series Sweet Tooth, available June 4. Gina Rodriguez must protect her daughter — the only possible cure to a global insomniac problem — in the thriller Awake, available June 9. Channing Tatum, Olivia Munn, Judy Greer, Will Forte, Simon Pegg, and Andy Samberg lend their voices to America: The Motion Picture, an over-the-top tongue-in-cheek riff on the American Revolution coming June 30. And Sony Pictures makes its own Aladdin-of-sorts with Wish Dragon, out June 11 on Netflix.

We also have Sarah Shahi fantasising about her past in Sex/Life that premieres June 25. Additionally, from Netflix UK, there's the second and final season of Feel Good, with Mae Martin wrapping up the comedy-drama series that draws from their life. Feel Good season 2 comes out June 4.

Internationally, Venice-winner Tragic Jungle from Mexican director Yulene Olaizola arrives June 9 on Netflix. In Tragic Jungle, a woman flees an arranged marriage into the supernatural Mayan jungle. Hit Omar Sy-led French mystery thriller Lupin is back for Part 2 on June 11. Everest director Baltasar Kormákur is taking on the fictional eruption of Iceland's subglacial volcano Katla in the series Katla, available June 17. Spanish coming-of-age series Élite is back for season 4 on June 18, and we will be treated to four short stories in the run up to its release. And a bunch of Dutch cats are the star of Kitty Love: An Homage to Cats, a collection of home videos releasing June 5 on Netflix.

If you are looking for more documentaries in June, Netflix has many of you covered. You can watch sexy singles try (and fail) to resist each other in the second season of Too Hot to Handle that starts June 23. Why should they? There's a $100,000 prize in store. Patton Oswalt lends his voice to Penguin Town — out June 16 — that follows endangered penguins descending on a South African town during the all-important mating season. Two-time Oscar-winner Simon Chinn is an executive producer on Sophie: A Murder in West Cork, a true crime series charting the quest for justice over a murder in rural Ireland. Sophie: A Murder in West Cork streams June 30 on Netflix.

With that, here's the full list of movies and TV shows coming to Netflix India in June 2021. We've marked Netflix Original titles in bold.

June TBA
Record of Ragnarok
So Not Worth It: Season 1

June 18
A Family
Élite: Season 4
Fatherhood
Jagame Thandhiram
Kambili: The Whole 30 Yards
The Rational Life: Season 1
Rurouni Kenshin: The Final
So Not Worth It: Season 1
The World's Most Amazing Vacation Rentals: Season 1

June 23
Good on Paper
The House of Flowers: The Movie
Murder by the Coast
The Parisian Agency: Exclusive Properties
Too Hot to Handle: Season 2, four episodes

June 27
Echo in the Canyon