Pushing its network HBO in the lead against Netflix. 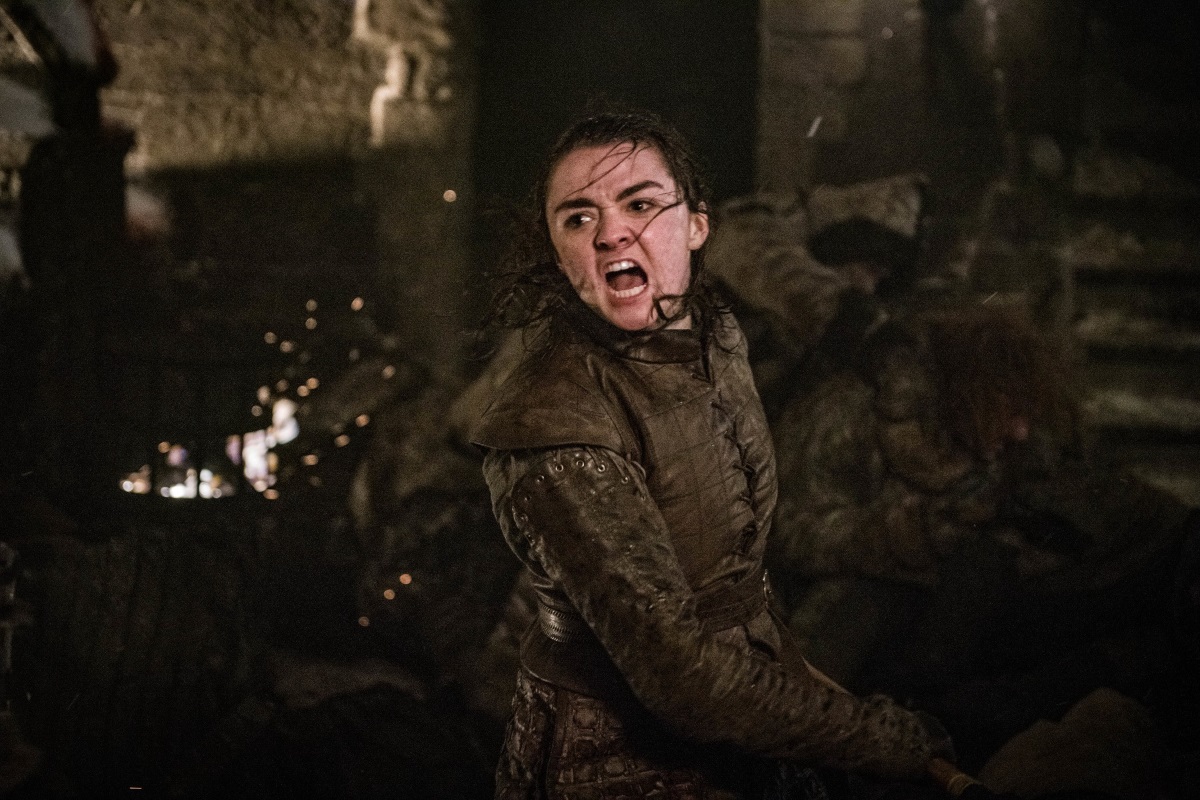 Maisie Williams as Arya in Game of Thrones season 8

Back-to-back. For the second straight year in a row, Game of Thrones won the most awards at the 2019 Creative Arts Emmys — the (nearly almost) technical counterpart of the main event — with a total of 10, in categories including editing, music composition, sound editing, sound mixing, visual effects, make-up, costumes, casting, title design, and stunt coordination. It was followed by Chernobyl and Free Solo with seven apiece, The Marvelous Mrs. Maisel with six, five for Love, Death & Robots, and four for Queer Eye. Thanks to its two leading lights — Game of Thrones and Chernobyl — HBO currently leads the 2019 Emmys race 25 to Netflix's 23.

If you're wondering why there's no mention of the best comedy / drama series and acting awards, that's because the Emmys have too many prizes to distribute. Hence, the ceremony is split across two weekends, with the technical awards — and a few acting and programme nods, to boost the event's profile — given out at the Creative Arts Emmys over two days one weekend before the main event.

In the acting categories that were handed out at the 2019 Creative Arts Emmys, Luke Kirby and Jane Lynch won for their work on Amazon Prime Video's The Marvelous Mrs. Maisel, while Bradley Whitford and Cherry Jones won for their work on The Handmaid's Tale (season 2, not 3). Chris O'Dowd and Rosamund Pike were also conferred acting awards for the short-form series State of the Union. Meanwhile, Sir David Attenborough was named best narrator for Netflix's nature documentary Our Planet.

Game of Thrones is now three wins away from breaking its own Emmy record of most wins for a series in a single year. (It racked up 12 in 2016.) The show made history with a record 32 nominations at the 2019 Emmys back in July. Its 10 wins at the 2019 Creative Arts Emmys came from 18 nominations, which means it requires just three wins from the remaining 14. Some of that is complicated by the fact that it's competing against itself in multiple categories. Its final season was also criticised for poor writing, though the technical and acting side of things were phenomenal as always.

The main event, the 71st Primetime Emmy Awards aka the 2019 Emmys, will be held on September 22 in Los Angeles, where the remaining, biggest awards — best comedy, drama, lead acting, writing, and directing among others — will be presented. They will be broadcast live in India on Hotstar, Star World, Star World HD, and Star World Premiere HD on September 23 starting at 5:30am IST.