Eternals Leaked on Torrent Sites, Piracy Networks Ahead of Release in Cinemas

Marvel’s new movie is releasing a day after Diwali in India. 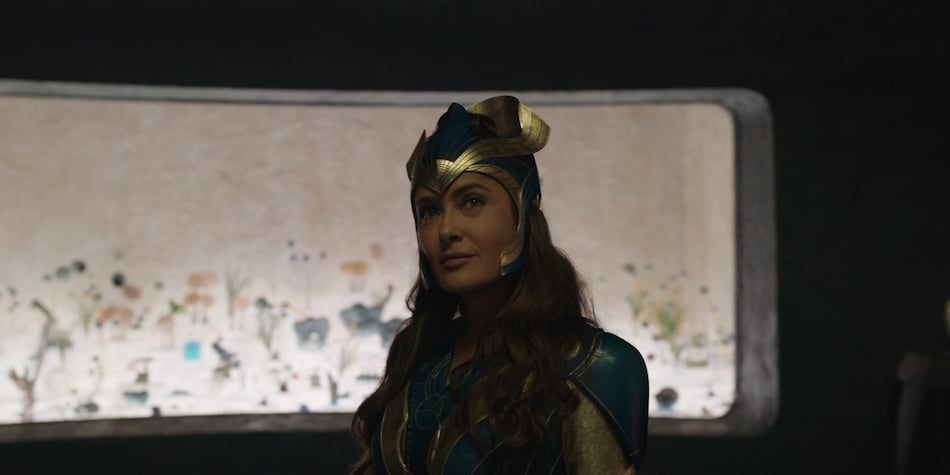 Salma Hayek as Ajak in Eternals

Eternals — the new Marvel movie out Friday in cinemas — has leaked onto torrent sites and other networks that enable piracy, in differing versions of quality and file size (from 705MB to 2.64GB). While most copies are arguably genuine, given the attached screenshots and user comments attesting to their legitimacy, some are fraudulent and merely exist as a trap to load viruses, malware, and whatnot onto the computers of unsuspecting individuals. But even with those genuine cases, the illegal Eternals copies are of remarkably poor quality, feature hard-coded subtitles, and/ or are filled with advertisements. Gadgets 360 does not condone illegal file-sharing. It is against the law and filmmakers deserve to be paid for the content they create.

The first legitimate leaked version of Eternals showed up on multiple torrent sites on Wednesday, November 3, mere hours after its release in parts of Europe. They all carry the label “CAM” suggesting they were filmed with a video camera in cinemas. Eternals is due to release Friday in India, the US and other parts of the world. According to publicly available comments and screenshots, the illegal Eternals rips feature English audio and hardcoded French subtitles. Additionally, there is a persistent ad watermarks for an online gambling and betting website. The subtitles are present on the film itself, while the advertisements have been inserted digitally.

All You Need to Know About Marvel's Eternals

Thankfully for Disney, Marvel Studios, and the Eternals cast and crew, the quality of the cam-recorded illegal Eternals rips is downright terrible. Per publicly available screenshots, Gadgets 360 can tell that they exhibit severe issues with sharpness, detail, contrast, cropping, and/ or colour. It's so blurred that it's hard to see anything properly. We won't be posting any screenshots out of not wanting to spoil any part of the film. Gadgets 360 has not been able to verify audio quality, though user comments suggest that it's echo-y, muffled, and hard to hear. The Eternals full movie leaks only reinforce the fact that you should check out the movie when it's officially available in theatres where you live.

Co-written and directed by Oscar winner Chloé Zhao, Eternals is about the titular immortal beings who have been living secretly on Earth for over 7,000 years. The group is made up of Gemma Chan as Sersi who can manipulate inanimate matter, Richard Madden as Ikaris who can fly and shoot beams out of his eyes, Kumail Nanjiani as Kingo who can shoot energy projectiles from his hands, Lia McHugh as Sprite who can project life-like illusions, Brian Tyree Henry as the intelligent inventor and the Marvel Cinematic Universe's first gay superhero Phastos, Lauren Ridloff as the super-speedy and the MCU's first deaf superhero Makkari, Barry Keoghan as Druig who can manipulate minds, Don Lee as the strongest Eternal Gilgamesh, Salma Hayek as the leader Ajak who can heal, and Angelina Jolie as Thena who can fashion any weapon out of cosmic energy.

Eternals is out Friday, November 5 in India, the US, and around the world. In India, the new Marvel movie is available in English, Hindi, Tamil, Telugu, and Kannada.