Sony Pictures is re-releasing the latest Spider-Man movie in theatres with never-seen-before footage. 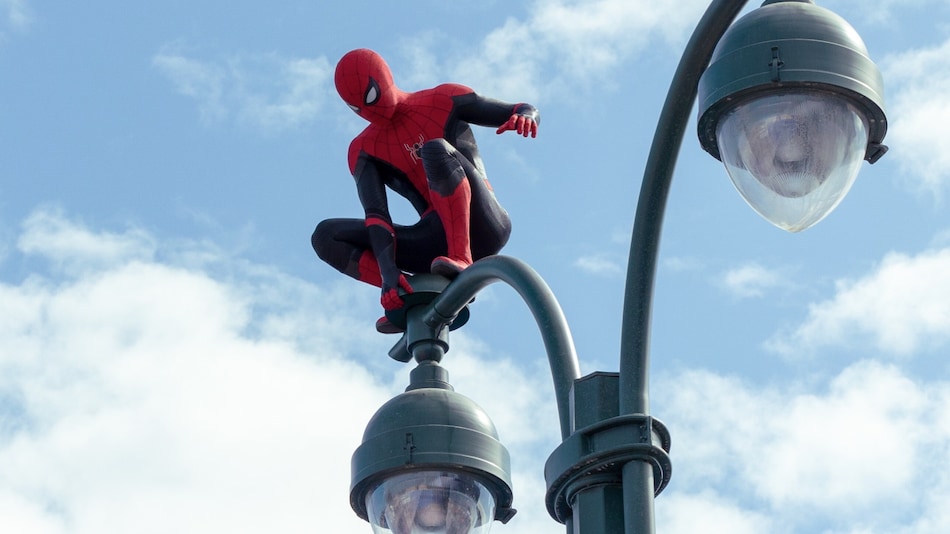 Tom Holland as the titular Spider-Man in No Way Home

Spider-Man: No Way Home The More Fun Stuff Version is coming to India. Sony Pictures has announced the global release dates for the extended cut of the MCU film via a tweet. The latest Spider-Man movie will be re-released in several markets around the world, including in India on September 2. Touted, ‘The More Fun Stuff Version,' the special cut of Spider-Man: No Way Home adds 15 minutes of new additional footage to the original theatrical version — which was 148 minutes long. Tickets for No Way Home extended cut will go on sale starting August 9 in the US.

First screenings for the latest Tom Holland Spider-Man movie begin on August 31, with India getting their share of the pie on September 2. ‘The More Fun Stuff Version' was first announced on June 11, via the official Spider-Man: No Way Home Twitter handle, where the Spider-Man trio, Holland, Andrew Garfield, and Tobey Maguire confirmed the US and Canada release dates — September 1. The additional 15 minutes will also include a new scene featuring Charlie Cox as Matt Murdock aka Daredevil.

Swinging soon to a theater near you! Check out the global releases for #SpiderManNoWayHome – The More Fun Stuff Version and save the date! ???? ???? pic.twitter.com/IUTIzTwHbB

Spider-Man: No Way Home grossed $1.89 billion (about Rs. 15,106 crore) at the global box office during the original run — with the extended cut poised to take the value to the $2 billion (about Rs. 15,989 crore) mark. The film was also nominated for Best Visual Effects at the 2022 Oscars, and is now available to watch on video-on-demand on multiple platforms in India — including Apple TV, BookMyShow Stream, and YouTube Movies.

Spider-Man: No Way Home The More Fun Stuff Version is out September 2 in cinemas across India.