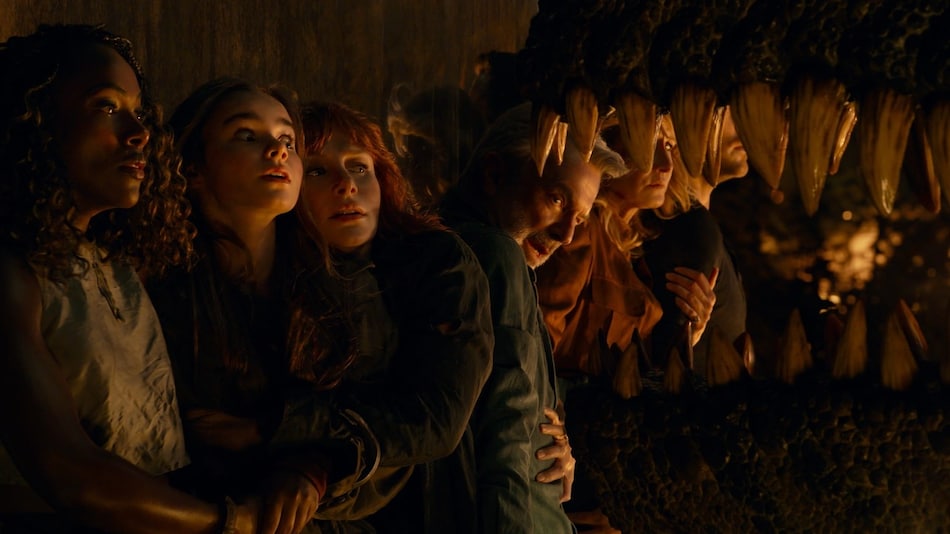 Jurassic World Dominion — the third entry in the Jurassic World film series, with Chris Pratt and Bryce Dallas Howard in the lead — is coming exclusively to Amazon Prime Video next Monday, October 17. And it will be available in two more languages than the theatrical version, and as many as when the video-on-demand premiere happened in late July. You will be able to watch Jurassic World Dominion in English, Hindi, Tamil, Telugu, Kannada, and Malayalam — all as part of your Amazon Prime subscription. In cinemas, the sixth Jurassic movie was offered in English, Hindi, Tamil, and Telugu.

With the October 17 premiere on the subscription-based Prime Video, Jurassic World Dominion reaches the end of its release lifecycle. (Unless you still watch films on TV channels, in which case, your wait continues.) The third Jurassic World movie debuted four months ago on this day, June 10, in cinemas worldwide. Exactly six weeks later on July 22, Jurassic World Dominion was released on video-on-demand platforms — Apple TV, Google Play Movies, Hungama Play, Prime Video Store, YouTube Movies, and Zee Plex — where you could rent and/or purchase. And then three-and-a-half weeks later on August 16, the latest dino film arrived on DVD, Blu-ray, and 4K Blu-ray.

brace yourselves for the epic conclusion of the jurassic era 🦖
clear your calendar already for the #JurassicWorldOnPrime coming Oct 17 pic.twitter.com/KPib2K3ELg

Set four years after Isla Nublar's destruction in Jurassic World: Fallen Kingdom, the third chapter finds dinosaurs roaming the Earth again. Facing the cataclysmic consequences of a planet once again dominated by prehistoric predators, two generations of Jurassic heroes unite. Doctors Ellie Sattler (Dern), Ian Malcolm (Goldblum), and Alan Grant (Neill) return to join Owen Grady (Pratt) and Claire Dearing (Howard) for an incredible adventure that will determine the destiny of humans and dinosaurs once and for all.

While Jurassic World Dominion was billed as “the grand conclusion in the epic saga” by Universal Pictures, Trevorrow seemed to suggest otherwise recently. Could the studio be tempted to do a sequel? After all, despite being universally panned by critics including Gadgets 360, Jurassic World Dominion grossed a billion dollars at the global box office. That said, its commercial performance was the lowest in the Jurassic World series. The 2015 original made $1.67 billion (about Rs. 13,743 crore), and the 2018 sequel added $1.31 billion (about Rs. 10,780 crore) to the coffers.