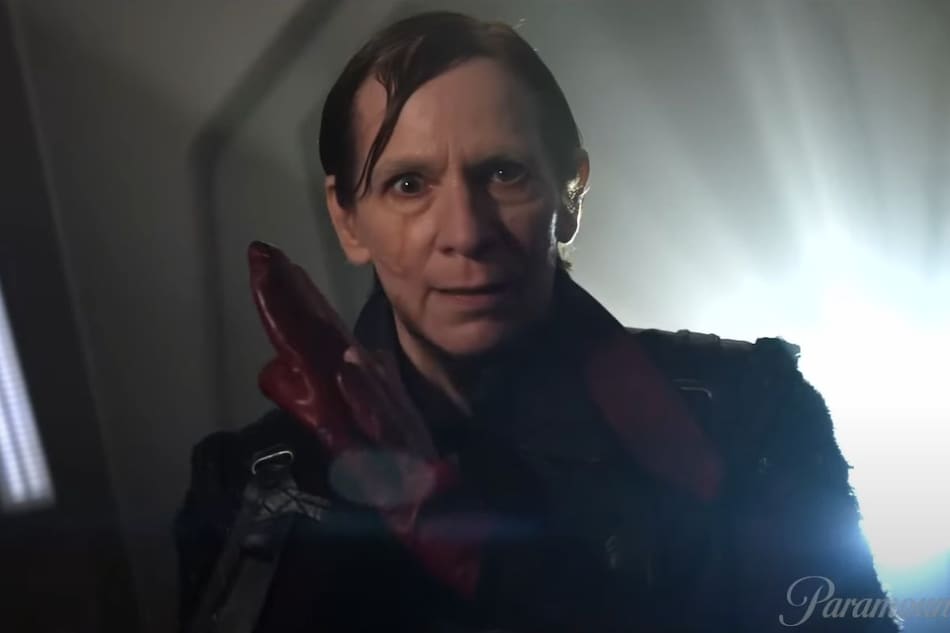 Amanda Plummer as Vadic in a still from Star Trek: Picard season 3

The trailer for Star Trek: Picard season 3 begins with a “normal” life for Captain Jean-Luc Picard (Stewart), which gets interrupted by a distress call. Beverly Crusher (Gates McFadden), who is stationed on a far-off ship, has requested backup from her long-time companion, urging Picard to bring back the crew from retirement. “We are being hunted,” Crusher says in a voiceover, as we see Picard and a now-aged William T. Riker (Jonathan Frakes) investigating the shuttle. The suspense is broken early, when the commander Vadic (Amanda Plummer) reveals herself to be the culprit. “How very precise with your timing, Jean-Luc Picard,” she wires in through a mocking tone, before ordering a direct strike on The Next Generation ship.

There also seems to be some drama within the ship, as Starfleet officer Geordi La Forge (LeVar Burton) expresses concern over Picard's decision to bring in Ryker and Worf (Michael Dorn), for the final mission. The Star Trek: Picard season 3 trailer then flashes glimpses of Raffi (Michelle Hurd), besting foes in hand-to-hand combat — described as an irrational and violent character. “We will scorch the earth under which he stands. And, the night will brighten with the ashes of the Federation,” says the villainous Vadic, as she orders continuous attacks on Picard's ship. Her motivations aren't fully clear, but there's a theme of vengeance looming above.

Of course, Vadic isn't the only adversary to be featured in the Star Trek: Picard season 3 trailer, as towards the end, we're treated to a first look at Daniel Davis' return as Professor Moriarty, the hologram. Fans who stick around after the title card will also be treated to Brent Spiner, who has been missing from previous promotional material for this season of Star Trek: Picard. He will be returning as Data's evil twin android, Lore.

The third and final season of Star Trek: Picard premieres February 16, 2023 on Paramount+ where available and Amazon Prime Video in India. Paramount and Amazon struck a deal back in 2019.