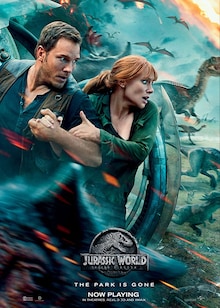 Three years have passed since the destruction of the Jurassic World theme park, and a roaring volcano is on the verge of exploding.

Claire Dearing (Bryce Dallas Howard) and Owen Grady (Chris Pratt) decide to rush to the Isla Nublar island and rescue the rest of the dinosaurs.

During the mission, they uncover a deeper conspiracy that threatens the entire planet.

The film is second in the Jurassic World trilogy, and fifth overall instalment of the Jurassic Park franchise. 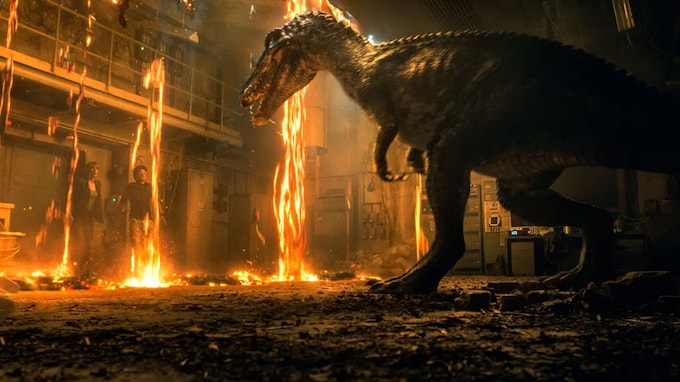 Despite being massively underwhelming, Jurassic World went on to garner over $1.6 billion worldwide upon its release in 2015, and still ranks in the top five films of all-time when it comes to the global box office. A big reason for its success was the fact that audiences hadn't seen a big-budgeted dinosaur movie for a while. Its sequel and the fifth entry in the franchise started by Steven Spielberg – Jurassic World: Fallen Kingdom, out this week in some parts of the world including India – doesn't have that advantage, and must attract audiences on its own worth.