The director of Inside Out takes on the meaning of life (and death). 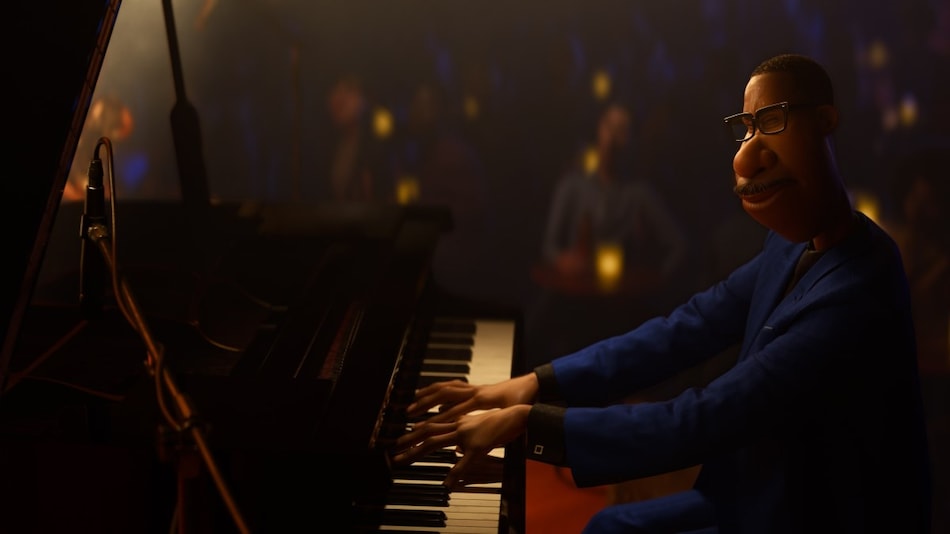 Deep into Soul — the new Pixar movie out on Disney+ and Disney+ Hotstar — protagonist Joe Gardner (Jamie Foxx) achieves what he has been waiting his whole life for. Those are literally his words, not mine, but Joe is not anywhere near as happy as he expected to be. It's unexpected for Soul too. Most films, once they set a goal, send heroes on a journey on which they encounter obstacles, before arriving at their destination with new values. But Soul goes a step further and questions all of it. What is the journey worth? What should you be willing to give in pursuit of the goal? And what if we are moving towards the wrong destination? In other words, Soul is interested in pondering the meaning of life — the biggest question of them all.

That's especially ambitious for an animated movie, but Pixar has never been one to shy away from a challenge. And it's got the right man at the helm to help tackle just that: Pete Docter, who previously directed Inside Out (a similarly ambitious movie about the importance of all emotions), Up (tackling death and processing grief), and Monsters, Inc. (parenting with the use of fear). Docter also wrote Soul with Kemp Powers (also co-director) and Mike Jones. Soul has some pretty interesting things to say about the fine line between being passionate and being consumed by it. And how society tends to conflate passion with purpose, which leads to some people single-mindedly striving for a goal without any care for those around them, while others feel entirely useless.

We are routinely told that we aren't worth anything if we don't have a purpose in life. Soul tackles that thinking. It says that there's more to life than chasing your ambition, and that our purpose is to help others on their journey, inspiring them and being a positive force. From the opposite perspective, Soul remarks that what people say affects us, influences us, and can limit us. We need to surround ourselves with those who empower us and not put us down, find people who believe in you and push you and don't try to teach you how to live. Words can cut deep, as a late-game scene in Soul shows, and stop us from living the life we want and being who we're meant to be. It's regular old living that's the purpose, and that's the exciting part.

Soul opens with Joe, a middle school band teacher who is unsatisfied with how his career is gone. It's why he's unhappy when he's offered a permanent position at the school. This is not how he imagined his life would go. Joe expected to become a touring jazz pianist, but his big break never came. One day, out of the blue, his former student Curley (Questlove) calls him to fill in for a last-minute vacancy at a concert for a famous fictional jazz musician and saxophone player Dorothea Williams (Angela Bassett). Joe impresses Dorothea with a surprise solo as he's carried away by the opportunity, and she asks him to return for rehearsals later that day. Elated, Joe runs out completely clueless of his surroundings, and falls into an open gutter.

What would be a pivot to a hospital becomes a cue for Soul to spin a metaphysical tale. Joe discovers that he's arrived in The Great Beyond, the film's equivalent of heaven. There, he panics and tries to get out — it's a surprise that not more people are panicking like Joe — but only manages to fall down into The Great Before, which he's told is the place where souls get their personalities before they arrive on Earth in a body. Joe is inadvertently chosen as a mentor for soul number 22 (Tina Fey, who wrote some of her own lines), who has previously been mentored by the likes of Mahatma Gandhi, Mother Teresa, Abraham Lincoln, Muhammad Ali, Nicolaus Copernicus, Marie Antoinette, and Carl Jung but is still stuck in The Great Before. This makes for some great throwaway jokes on Soul.

22 has no intention of living on Earth, which in turn results in a sullen attitude that she carries everywhere. But that changes after Joe reveals who he truly is. Joe then hitches a plan with the help of 22 to get back to Earth and into his body, which 22 is on board with because it would mean she can happily stay in The Great Before forever. 22 is more than happy to be stuck in limbo.

The Great Before is imagined as a comedic place filled with wise yet goofy managers. They are called Jerry (voiced by Alice Braga and Richard Ayoade among others) and they talk in very calming voices. They are all very amicable yet still enjoy banter with their counterparts from The Great Beyond, especially a certain Terry (Rachel House) who keeps count of souls. After Joe escapes from The Great Beyond, Terry starts an investigation into who the missing soul is, by alphabetically looking through all souls that have ever existed. The joke is clearly aimed at bureaucracy but it's shocking that The Great Beyond hasn't developed a better system than this.

From Soul to Wonder Woman 1984, What to Stream in December

22 and Joe alongside 3 Jerrys, and Terry in Soul
Photo Credit: Disney/Pixar

Soul takes the most minimalist of approaches to animating The Great Before, with the souls represented as little more than blobs with no distinguishing features, their immortal caretakers (the Jerrys) sketched via outlines only, and with a soothing blue and green colour palette to match. The film's background score is upended to match the new environment. Jon Batiste's feet-tapping jazz compositions and arrangements are gone, and replaced with Trent Reznor and Atticus Ross' otherworldly synthesised score that signals curiosity and mystery. During the transition to The Great Before, Soul takes a bold leap with its visuals, as the on-screen lines pulse to match the beats.

That boldness is matched in the film's nearly all-Black voice cast, a first for a Pixar movie. In addition to Fox, Questlove, Bassett, and Ayoade, Soul also features the voices of Phylicia Rashad (as Joe's mother), Daveed Diggs (as Joe's nemesis), and Donnell Rawlings (as Joe's barber). It's diverse beyond that too. The aforementioned Braga is Brazilian and House has Māori ancestry, while the Native American star Wes Studi is also involved. Soul is not as diverse behind the scenes though (co-director Powers is Black, but everyone else is white). More importantly, it engages with Black culture through its focus on jazz, centre to the Black experience, but it's also universal elsewhere as it affects a mother–son relationship, or in the father–daughter bond between Joe and 22.

Where the film at times lacks is in delivering moment-to-moment delights and being truly transcending. That said, it does deliver some existential zingers, like “You can't crush a soul here. That's what life on Earth is for.” And though it may not touch the highs of Docter's Inside Out, it's still a thoroughly enjoyable romp, one that's willing to ask such big questions of its characters (and in turn, the audience), and upend the tried-and-tested narrative structure. Pixar has been too busy churning out sequels and prequels (Toy Story 4, Incredibles 2, Cars 3, and Finding Dory) due to a mandate from Disney, and unfortunately, its recent original efforts haven't been as good (Onward and The Good Dinosaur, though Coco was better), but with Soul, Pixar is close to its best.

Soul releases Christmas Day on Disney+ and Disney+ Hotstar. It's out 1:30pm IST in India.