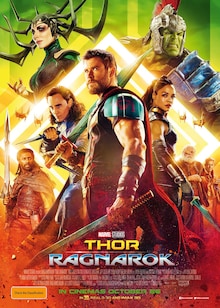 Two years have passed since the battle of Sokovia, and Thor (Chris Hemsworth) is now imprisoned on planet Sakaar.

Soon, the superhero discovers that his father (Anthony Hopkins) is no longer on Asgard and that the realm will soon be destroyed at the hands of Hela (Cate Blanchett).

Thor must race against time, escape Sakaar, and protect Asgard.

The superhero flick is the 17th film in the Marvel Cinematic Universe, and serves as a sequel to Thor (2011) and Thor: The Dark World (2013). 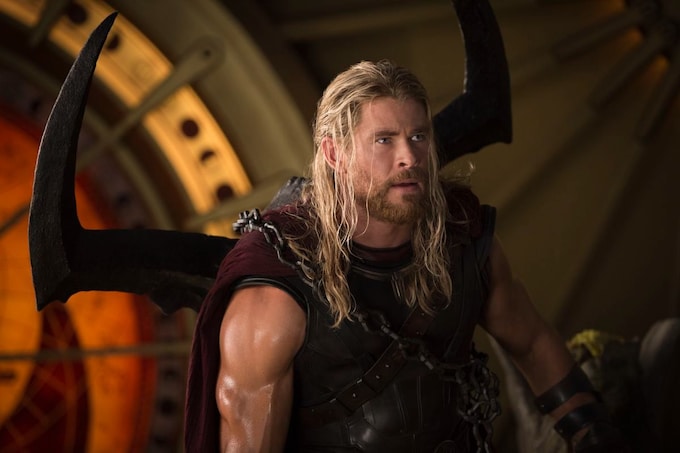 The most obvious thing about Thor: Ragnarok – the newest chapter in Marvel's ever-burgeoning cinematic universe, and the third standalone movie with the Asgardian lord god of thunder in the lead – is that it's a ridiculously self-aware film that refuses to take itself too seriously. That's plain from its very first moments – with a caged Thor (Chris Hemsworth) talking to an imaginary friend in a skeleton – to its very last scene, which involve Jeff Goldblum's megalomaniac Grandmaster being unwilling to wrap his head around the new status quo.