Death Stranding is a game with an aggressively imaginative story line and memorable characters. 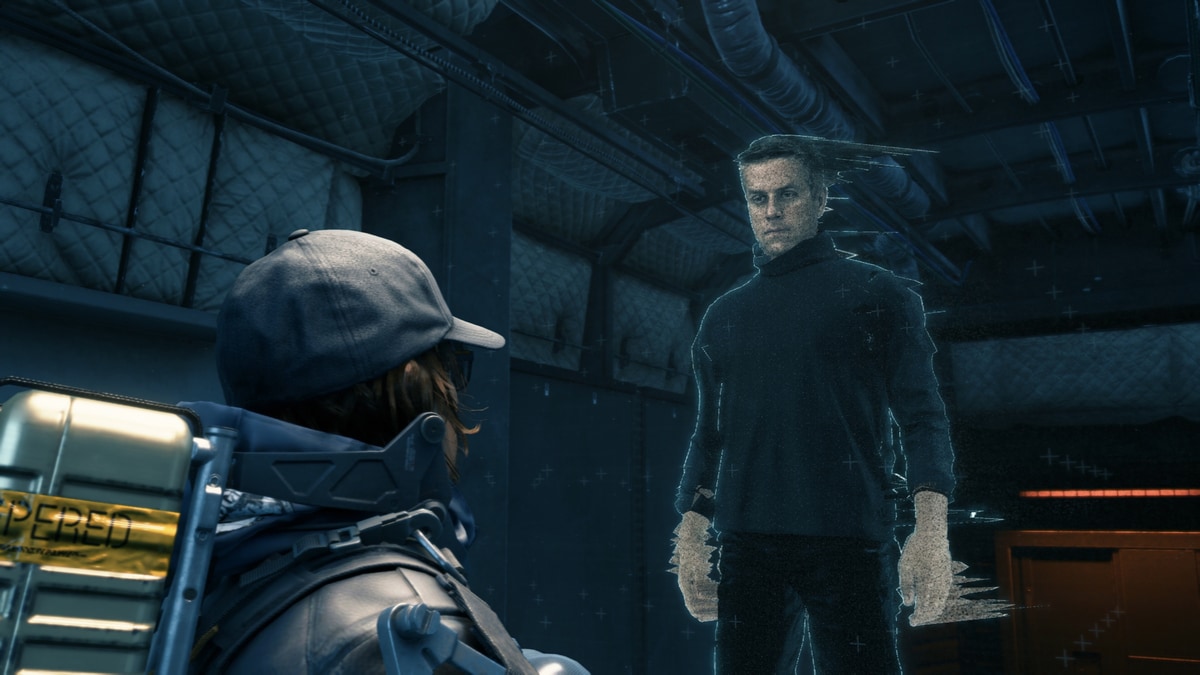 As the gaming industry revs up for the next console cycle - set to begin late next year when Sony and Microsoft kickoff the ninth console generation - economic tallies show the industry to be in good shape. According to an industry report published by Newzoo, consumers will spend over $152 billion (roughly Rs. 11,00,000 crores) on games this year, an increase of more than 9 percent over last year.

Although this year didn't see the emergence of any industry-shaking trends, there were plenty of games released in 2019 to cater to a wide variety of tastes, from all-ages titles such as Luigi's Mansion 3 to games such as Sekiro: Shadows: Die Twice, targeted at challenge-hungry players. In assembling this year's Top 10 list, I leaned toward the titles that surprised me with their forward-thinking aesthetics, challenges to convention or sheer ability to dazzle.

Death Stranding (PlayStation 4)
The word "divisive" probably popped into the head of every reviewer who played Death Stranding before it launched. It was (and is) easy to wonder who will get behind a AAA game about a delivery man who plies his trade across an arduous landscape overrun with ghostly entities. If the idea of making deliveries back and forth sounds a bit grindy, well, it is. But Death Stranding rewards commitment. Here is a game with an aggressively imaginative story line, memorable characters (O' Mama!), an innovative take on co-op and a raft of interesting gameplay systems. Don't be surprised if, in the years to come, the merits of this game are debated vigorously.

Telling Lies (iOS, PC)
Pushing the boundaries of what video games can be, Sam Barlow's latest live-action game turns players into voyeurs and asks them to comb through a trove of video messages related to an undercover law enforcement operation that went sideways. This unusually intimate game offers a snapshot of our era, where the boundaries between work and home life have grown increasingly tenuous and privacy is an illusion. (If you play this and read Edward Snowden's biography, Permanent Record, you will be chilled.) Excellent performances by Alexandra Shipp, Logan Marshall-Green and Kerry Bishé are why awards for best acting in a video game deserve increasing visibility.

Neo Cab (Mac, PC, Nintendo Switch)
This socially-conscious visual novel imagines what the future of the gig-economy might look like in a world where tech firms hold more sway over how we live and work. Neo Cab tells the story of Lina, a woman struggling to make ends meet as one of the last human cab drivers in a city dominated by driverless cars. Though Lina has deep misgivings about the tech industry, she wears a Feelgrid bracelet which monitors the fluctuations in her body and displays her emotional state to the world via different colours. Because certain conversational options are linked to Lina's emotional state Neo Cab encourages artful manipulation. For anyone revolted by the exploitative nature of hustle culture, this one's for you.

Disco Elysium (PC)
You're a wreck, but what kind of wreck are you? That's one of the things you'll have to decide if you step into the shoes of the bloated, dishevelled, amnesiac cop at the centre of this peculiar RPG. In Disco Elysium the demands of your body for comfort and stimulation are pronounced - literally. As you progress through the game, you'll have an ongoing conversation with various aspects of your body, including various centres of cognition (e.g. logic, perception, empathy). As you plumb your character's psychology and physiology, you'll investigate a knotty murder mystery that thrusts you into a world of clashing political ideologies. Disco Elysium proves that you don't need spells, swords or bullets to anchor a compelling 40+ hour RPG.

Observation (PC, PlayStation 4)
There are a number of video games that revolve around space station disaster plotlines but Observation brings something different to the table. Rather than casting players in the familiar role of a distressed astronaut, this sci-fi game with an analogue look asks players to assume the responsibilities of a ship's A.I. computer to help said astronaut. This setup undercuts the usual identification with an avatar, which is such an important component of so much video game design. Instead, it emphasises difference - how dissimilar a player is to a machine. Moving through and outside the spaceship in the Connection Sphere, a small floating extension of the ship's AI, may remind movie buffs of those mesmerizing shots in films like 2001: A Space Odyssey and Gravity.

Sunless Skies (Mac, PC, PlayStation 4, Xbox One)
If you relish the cadence of a well-turned sentence and delight in the trappings of steampunk genre, then this text-heavy RPG about the ill-fated travels of space-faring adventures should be just the ticket. Sunless Skies projects a world where the British used locomotives to travel the stars and establish trading outposts. The game offers a wealth of fantastical tales that will take players to an artist colony built on a gigantic orchard and beyond. Expect the worst. You will be tricked. You will be cheated. You will be treated to abominable sights. You will die many times. No matter, Sunless Skies is hard to let go.

A Plague Tale: Innocence (PC, PlayStation 4, Xbox One)
Set during the time of the Black Death in a southern French province, A Plague Tale: Innocence tells the story of a sister and brother on the run from a renegade faction of the Church. The young stars of the game are sympathetic figures. They don't hopscotch from one perilous situation to another. Rather, they take the time to process their circumstances. Featuring some of the best use of HDR lighting of any recent game, A Plague Tale is visually sumptuous and boasts one of the more memorable final boss fights in recent memory.

Outer Wilds (Mac, PC, PlayStation 4, Xbox One)
All too often sci-fi games hew to overly familiar templates, making feelings of genuine wonder hard to come by. The space exploration game Outer Wilds eludes this fate by cultivating an aura of mystery. Embark on a mission to discover the fate of a vanished civilisation whose remaining traces seem genuinely strange. Outer Wilds is very much a game of the Internet era. Some of its puzzles might seem too opaque if there weren't guides a click away.

Gears 5 (Xbox One, PC)
When Microsoft purchased the rights to the Gears of War franchise from Epic Games in 2016 many wondered if the series, which popularised cover-based shooters, would stagnate. Gears 5 should lay to rest those concerns for the time being. A well-paced paced campaign, which varies the tempo from firefight to firefight, coupled with some best-in-class visuals on the Xbox One X, make this a perfect treat for itchy trigger fingers.

Sayonara Wild Hearts (iOS, Nintendo Switch, PlayStation 4)
Sail into the night on a skateboard, motorcycle or car in this hybrid racing and rhythm game. Sayonara Wild Hearts tells the story of a brokenhearted girl who becomes drafted to set things right in another universe. Backed by an amazing soundtrack, this dreamy, stylish, bite-sized game is meant to be played over and over.

Nokia-Branded 5G Phone With Snapdragon 765 SoC, Zeiss Optics Set to Launch Next Year
How Xiaomi Is Set to Leverage Mi Credit to Grow Further in India