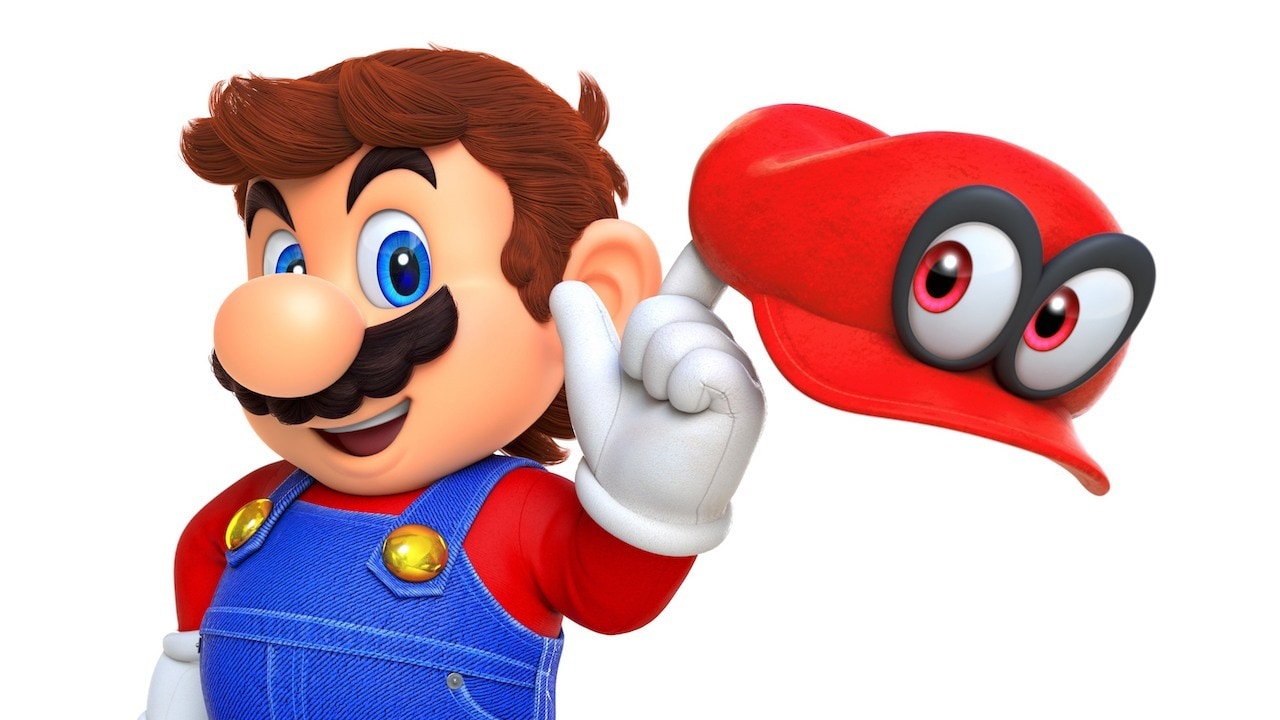 The Nintendo Switch arrives on March 3 for $299 (about Rs. 20,000), if you overlook the cost of the accessories you’ll end up buying owing to several reasons. When the hybrid console was unveiled in January, one of its disappointing facets was the lack of launch titles – namely a new Zelda game, and an intriguing yet unproven party title 1-2-Switch, full of two dozen mini-games.

In response to that, the Japanese company has (slowly) expanded upon that line-up from two to ten. Beyond that, there are tons of other games that have been mentioned here or there. But with even Nintendo not sure what’s coming when – the catalogue on its website changes from page to page – we thought it’d be best to compile a list of all the games announced for the Switch.

There’s no guarantee they will hit the release dates mentioned below, or even if they will release at all. That’s why the list below is split between games with release dates/ months, and those that are yet to be decided upon.

Nintendo Switch games releasing in May 2017

There may be over 100 games in total, but beyond the recognised names that are getting a Switch port, there's very little information on the original titles. For some, Nintendo - or the developer in question - have talked about the upcoming titles. Here are the games that we have credible info on:

A 2-player party game designed for the Nintendo Switch, 1-2-Switch lets you play without having to look at the screen. Different environments will let you mimic a Western duel, copy each other’s moves in a dance-off, or play a ping pong game.

Developed by Tokyo RPG Factory, I Am Setsuna is a throwback Japanese role-playing game that lets you play as multiple characters from an isometric perspective in the land of forever winter. At the centre of it all is a mercenary maiden named Setsuna. The game is single-player only.

The newest iteration in the Just Dance franchise will arrive on the Switch, including songs such as Major Lazer’s Lean On, Justin Bieber’s Sorry, Watch Me by Silentó, and Beyoncé’s Single Ladies. You will be able to use both Joy-Con and your smartphone to dance along to the hits, with support for up to six players simultaneously.

The latest Zelda game has been talked about for a while, and it will be a launch title for the Nintendo Switch. The single-player adventure will allow you to explore Hyrule as you prefer, and will also have Amiibo compatibility.

Specter of Torment will feature an all-new playable character, new weapons, armour, levels, music, bosses, and – of course – a new story. The game is also compatible with amiibo.

Treasure Trove is the full and complete edition of Shovel Knight, which puts you in the titular character’s position, and gives you his Shovel Blade. The Switch version will also have three additional campaigns with Plague Knight, Specter Knight, and King Knight. The game supports two-player simultaneous, and four-player locally.

On the Switch, Imaginators will let you build a digital library of your favourite toys from the Skylanders franchise. There’s also a new toy type, in Creation Crystal. You can create your own Skylander as well, and the game features an all-new storyline. Also has support for two-player.

This puzzle game from Nintendo allows 4 players to work together and solve well, puzzles, by cutting paper characters into new shapes.

The new Bomberman will have 3D stages, and two modes – a Story mode for 2-player co-op, and a Battle mode for maximum 8 players.

Blaster Master Zero is based on the 1988 NES title ‘Blaster Master’, and builds on it with new areas and boss levels, new gameplay elements, and incorporation of the Switch’s HD rumble. You can also invite a friend and play in co-op multiplayer.

A “challenging, rogue-like game of strategy and action”, Has-Been Heroes is being made by developer Frozenbyte. It’s single-player only, features a combination of turn-based and RTS gameplay, and you will get to control three characters.

All three games made by Tomorrow Corporation will be available on the Switch, and will “come bundled with their full original soundtracks”. The games’ new Soundtrack Mode, exclusive to the Switch version, will let you explore the music.

A 2D fighting game described as “beginner-friendly” – thanks to its two-button control scheme –Pocket Rumble is clearly inspired by the likes of Street Fighter. The game will also support online multiplayer, as well as HD rumble.

Set in the colourful world of Haven Tor, Snake Pass is a physics-based puzzle platform adventure. You will play as Noodle the snake, and are also supposed to think like him. Okay then. It’s single-player only.

The Switch version of Constructor will work in both playable modes – as tablet, or docked – allowing you to “build, sabotage, and cause” construction wherever you are. The game will also have support for 4-player multiplayer.

A side-scrolling arcade shooter with HD rumble support, the game puts you in the position of a pilot of the Graceful Explosion Machine (GEM) fighter, as you make use of your “overpowered quad-weapon array”, which sounds nicely over the top.

A remastered version of the existing game, Lego City Undercover for Switch will have more than 20 distinct districts, over 100 vehicles, and of course let you go undercover as a police officer.

Mario Kart remains one of the most popular games for any Nintendo console, and the company is bringing the 2014 Wii U original to Switch in a ‘Deluxe’ edition that brings all existing DLC. The game will have support for 4-player local multiplayer, and 12-player online gaming.

Mr. Shifty is an action heist game with a top-down view, with the character capable of ‘shifting’ through walls and bullets, and capable of moving large distances in a blink - teleportation. It’s a single-player only game.

Puyo Puyo Tetris
Sega is bringing together two puzzle franchises – Tetris, and Puyo Puyo – in this new party game designed for 4 player local play. You will also be able to play solo or online, if you choose.

Modelled after the 8-bit adventures of old, Shakedown is a sandbox action game that also serves as a parody of “big business and the white collar crimes”, the developer claims.

The ‘Complete’ release of Disgaea 5 will improve upon the original by including seven new characters including Nisa, and Girl Laharl.

Arms received a lengthy demonstration at the Switch event, as it makes unique use of the Joy-Con’s motion sensitivity for a 2-player versus battle.

There’s going to be another Sonic title as well on the Switch - Sonic Mania, which harkens back to the pixelated 2D world of Sonic. It will include zones made for Sonic The Hedgehog, Sonic The Hedgehog 2, Sonic CD and Sonic The Hedgehog 3 and Knuckles, plus a bunch of new ones. It’s got 2-player local multiplayer support as well.

A physics-based game where “a small seed heads up a mountain to save his home”. It will also have support for HD rumble.

In a gravity-bending world, Dandara must jump from surface to surface to bring order to “a directionless world”.

With multiplayer support up to 8 players (4v4) – local and online – Splatoon 2 is the sequel to the Wii U game that’s all about “splatting ink and claiming turf”.

The sequel to SteamWorld Dig brings more of the same – dig deep, find riches, and explore an underworld full of danger.

Bethesda showed up at the Switch event to showcase a trailer for Skyrim on Switch, which will give you the freedom to explore the complete virtual open world.

EA Sports FIFA
At the Switch event in Tokyo on Friday, EA announced that it was working on FIFA for Switch. There’s no word on how many players can play at the same time.

NBA 2K18
This year’s version of 2K’s NBA series will be available on Switch as well, and support for 10-player multiplayer.

Picking up the adventures of CommanderVideo from previous titles – Bit.Trip Runner and Runner2 – Runner3 has a whole lot new, be it quests, retro challenges, character moves, dance moves, and a roster of characters.

An open-world sandbox-style Mario game, Super Mario Odyssey will have the famous Italian plumber “embarking on a new journey through unknown worlds”. You will also be able to perform new actions, such as throwing Mario’s cap.

Minecraft: Switch Edition
Mojang will also create a special Switch Edition of the original Minecraft sandbox adventure, so you can run about and build whatever you like.

Minecraft: Story Mode – The Complete Adventure
The version of the game that’s been available on other platforms will also come to Nintendo Switch in the near future, and will include all five episodes from the first season, and three episodes from Adventure Pass.

Project Sonic 2017
A new Sonic game for the Nintendo Switch, releasing sometime this year. Not much else is known beyond that.

Ultra Street Fighter II: The Final Challengers
Capcom is working on modernising Street Fighter II, which will feature all the original characters and bosses, plus new additions in Evil Ryu and Violent Ken. The game will support 2-player co-op as well.

Xenoblade Chronicles 2
Monolith Software’s RPG title will put players in the role of a new character, who “will seek out Elysium on an immense journey through a brand-new world”.

Which games are you looking forward to play on the Nintendo Switch? Leave your thoughts via the comments below.

We discuss the Nintendo Switch on the Transition, Gadgets 360’s gaming and pop culture podcast. You can subscribe to Transition via iTunes or RSS or just listen to this episode by hitting the play button below.