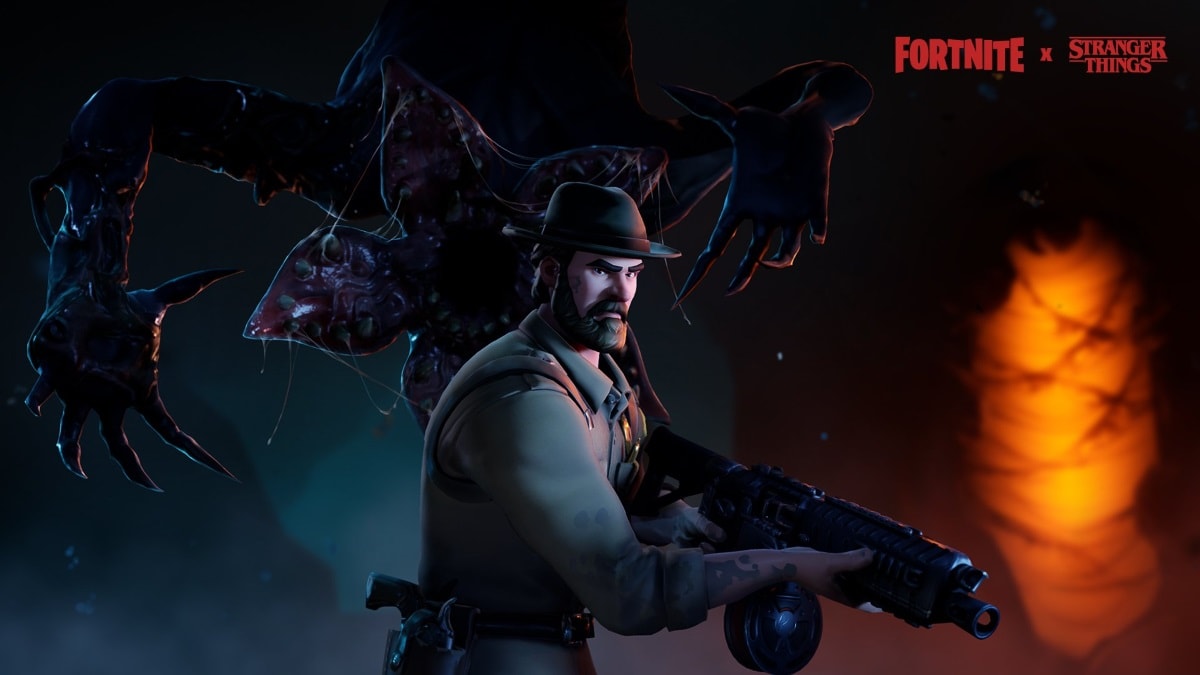 As part of its promotional crossover with the hit Netflix sci-fi horror series Stranger Things, Epic Games has added a couple of new skins — Chief Hopper and the Demogorgon — to Fortnite, in addition to a “Vines” weapon wrap. The Chief Hopper skin, naturally modelled on David Harbour's character, costs 1,500 V-Bucks, the Demogorgon skin based on the Stranger Things monster will set you back 1,200 V-Bucks, and the weapon wrap comes in at 500 V-Bucks. In Fortnite, V-Bucks is the in-game virtual currency. All three items were added to Fortnite on Thursday, in time for the release of Stranger Things season 3 on Netflix.

Epic Games and Netflix first teased a Fortnite and Stranger Things crossover at E3 2019, before introducing a Scoops Ahoy ice-cream store at an in-game place called the Mega Mall. On Stranger Things season 3, Steve Harrington (Joe Keery) and new character Robin (Maya Hawke) work at Scoops Ahoy, which is part of Hawkins' shiny new Starcourt Mall, a prominent setting throughout the season. Then, earlier this week, orange-coloured portals started showing up in Fortnite, resembling those seen in Stranger Things that act as a gateway to the Upside Down.

The gate has been opened.

Get the new Stranger Things set from the Item Shop now including the Chief Hopper and Demogorgon outfits and Vines Wrap! #FortniteXStrangerThings pic.twitter.com/q8OhyWnWdW

Many thought that it would be the beginning of a limited-time Stranger Things game mode in Fortnite, à la Avengers: Endgame and John Wick earlier in the year. But Epic Games hasn't gone down that route, instead opting for something much more routine to Fortnite: paid cosmetic upgrades.

For Netflix, this is just one of 75 tie-ins for Stranger Things season 3, which includes partnerships with the likes of H&M, Coca-Cola, Nike, Lego, Burger King, Baskin Robbins, and Roblox among others.