Broom traversal will still be a part of Hogwarts Legacy, with special challenges. 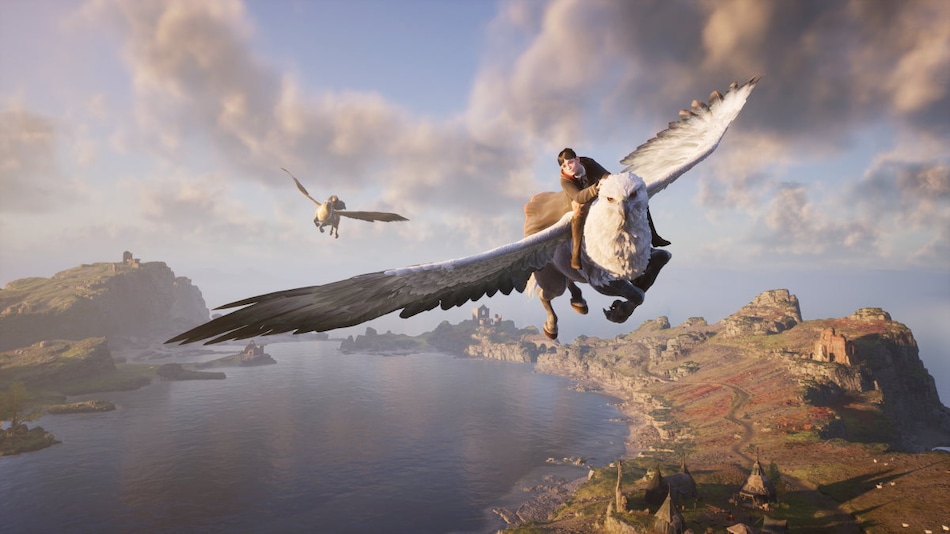 Hogwarts Legacy will not feature playable Quidditch, unfortunately. Developer Avalanche Software confirmed on its official website that the upcoming open-world Harry Potter RPG will not include Quidditch matches for players to partake in. That said, broom traversal will be part of the game, allowing players to take flight and explore the far ends of the magic-laden castle. The studio updated the Hogwarts Legacy website's FAQ section, detailing all the features coming to the spellbound title. Hogwarts Legacy launches on February 10, 2023 across PS5, PS4, Xbox Series S/X, Xbox One, and PC.

While Avalanche Software never mentioned a playable Quidditch in previous reveals, fans were holding onto a sliver of hope. The expectations have now been shut down as the studio quietly updated the Hogwarts Legacy official website with new information on the open-world aspects. This includes broom traversal, which while designed as a mode of transportation, also functions as a set of quick challenges to earn XP and unlock new items. Players can master new skills by taking a Flying lesson, though it only amounts to world activities.

Playable Quidditch has been a thing in the past, with 2003's Harry Potter: Quidditch World Cup — a standalone game — letting you compete in matches, after going through a house selection procedure. That said, the developers have not fully ruled out the inclusion of Quidditch. Perhaps players will be able to watch matches from their house Grandstands in some capacity? Other modes of traversal include magical beasts — hippogriff and dragons — which can be tamed and rode upon in Hogwarts Legacy.

Fresh from announcing a three-month delay, Hogwarts Legacy got a new trailer at Gamescom, which focused on Slytherin member Sebastian Sallow's questline, touching upon the intricacies of using dark magic. In addition to that, Charms, Herbology, and Potions classes will help you learn the trade from expert professors in the castle. Players will have access to a deep set of upgrades, talents and skills to aid their progression as a witch or wizard. Same as any other RPG, completing challenges earns you XP, which can be used to level up abilities and magical gear.

Set in the 1800s, long before the Chosen One — Harry Potter — was born, Hogwarts Legacy tasks players with creating their own custom witch or wizard and embark on a whimsical tour through the iconic magic-laden castle and the dense Forbidden Forest. Players can learn new spells, choose their house, brew potions, form alliances, and battle enigmatic dark wizards.