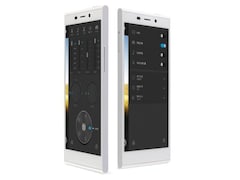 If Gionee is trying to set itself apart from low-cost Indian smartphone companies, it's doing a good job. While dozens of brands with little to no name value are busy fighting it out in the sub-Rs. 15,000 segment, Gionee has dared to try selling a phone priced above Rs. 25,000. Our market generally has a low opinion of Chinese products, even though it's well known by now that nearly all Indian smartphone companies source their devices wholesale from China. Despite this (or perhaps because of this), Gionee seems to be trying to position itself above our local brands.

Gionee Elife E7 price in India starts from ₹ 3,699. The lowest price of Gionee Elife E7 is ₹ 3,699 at Amazon on 3rd February 2023. This Phone is available in 1 other variant like 3GB RAM + 32GB Storage with colour options like Black, Blue, and White.