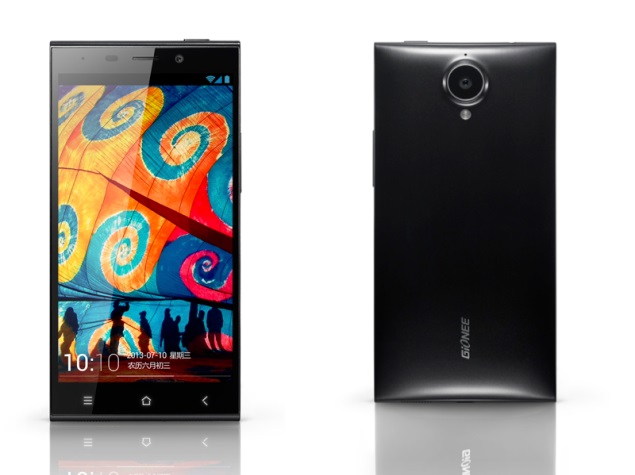 Gionee has been aggressively launching its smartphones in India, which includes the flagship device, Elife E6 launched in October.

The Gionee Elife E6 features a unibody design and sports a 5-inch OGS (One-Glass-Solution) IPS display with a resolution of 1080x1920 pixels and pixel density of 441ppi. The phone is thin at just 6.18mm, and weighs 128 grams. It is powered by a 1.5GHz MediaTek quad-core processor, along with 2GB of RAM. The inbuilt storage offered by the phone is 32GB which is non-expandable.

The Gionee Elife E6 sports a 13-megapixel auto focus rear camera with a second generation BSI sensor, along with an LED flash. It also has a 5-megapixel front-facing camera with a 28mm lens. Both cameras support 1080p video recording. The smartphone runs Android 4.2 Jelly Bean with company's custom Amigo UI layer. The phone is powered by a 2020mAh battery.