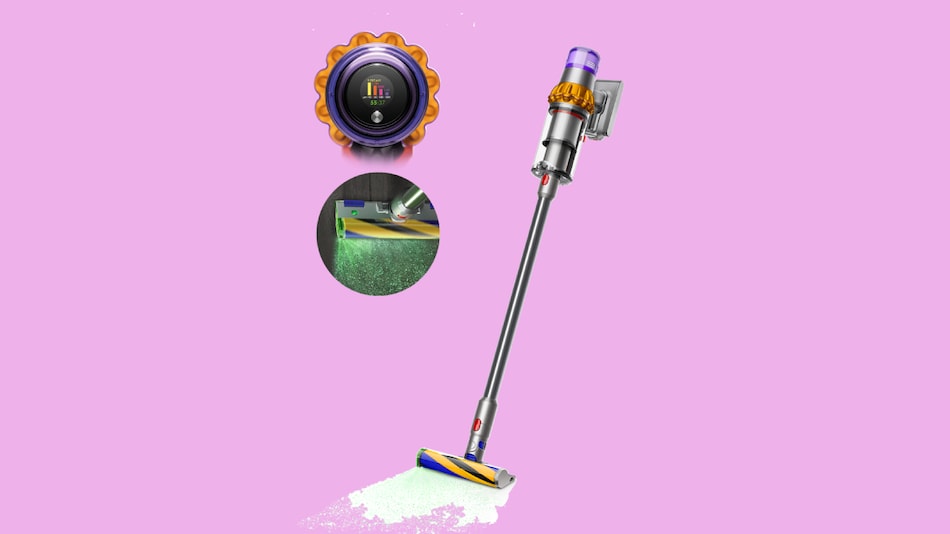 Dyson V15 Detect price in India has been set at an Rs. 65,900. The device is available for purchase via Amazon, the Dyson website, and Dyson Demo stores. The vacuum cleaner comes in three colour options —Iron, Nickel, and Yellow. The Amazon listing has priced the vacuum cleaner at Rs. 62,900 until Wednesday, as part of a Lightning Deal.

The cord-free Dyson V15 Detect vacuum cleaner is claimed to offer up to 60 minutes of fade-free suction and houses a five-stage filtration system. The new vacuum cleaner also sports a Dyson Hyperdymium motor which is said to be able to generate up to 240 watts of suction.

The Dyson V15 Detect also comes with de-tangling technology, allowing it to pick up long hair and pet hair with an anti-tangle conical brush bar. The company has also claimed that Dyson's fully sealed system can capture and seal in 99.99 percent of microscopic particles, including those that are as small as 0.3 microns, according to the company.