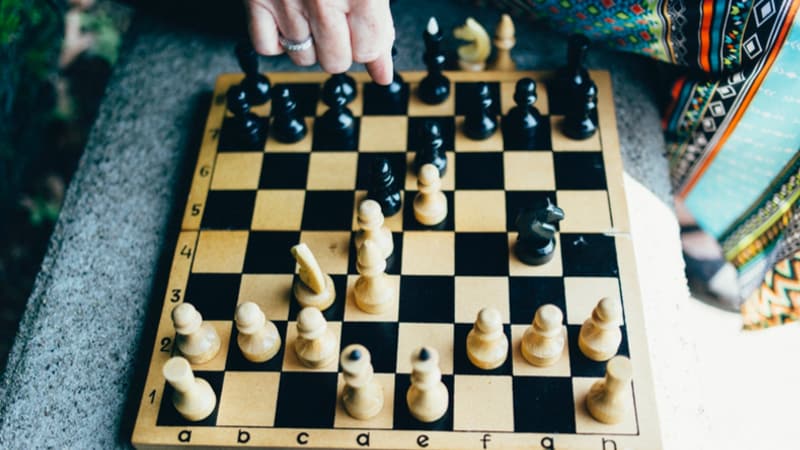 Chess is one of the world’s most popular board games, known for being easy to pick up and very hard to master. If you’re just discovering chess, congratulations! You’re living in an era where there are tutorials aplenty, and once you’ve learned the basics, it’s easier than ever to find a human opponent or a strong computer to play against. The best way to improve your game is to practice and play against other players, and it’s never been this easy to do these things. Here are some of the best websites we've found, to get you started with your chess journey.

1. Chess.com
Chess.com is one of the most popular online chess communities in the world right now. The website lets you play against a human player, a computer, and even walks you through the basics if you’re just getting started. If you’re looking to pit your skills against a human player of a similar level, Chess.com is probably the best place to find a good match. The site has lots of video tutorials to help you improve your game too. The free tier is ad-supported, but if you are willing to pay Rs. 265 per month, you get access to 10 lessons per day, unlimited tactics, and computer analysis of your moves.

2. Lichess
Lichess is a completely free website for playing and learning chess. This website is supported entirely through donations, developed by volunteers, and it’s an open source project. If you aren’t ready to pay to learn chess just yet, Lichess is your best bet. Not only is its matchmaking of a reasonably high quality, Lichess also has a pretty detailed learning section for beginners. You can also simply spectate as other Lichess players compete against each other, which is another good way to learn.

3. Chessable
Chessable is relatively new to the world of online chess, but it has a couple of features that separate it from the crowd. Unlike other sites in this list, Chessable focuses only on teaching chess. It uses a few innovative methods to ensure that you improve your game, such as teaching via repetition. If you are taught a few good moves and you practice them over and over, you’re more likely to remember those. The free version of the site has significant resources even for experienced players. You can download free chess books on the site, and practice tactics, opening game, or end game. The paid version isn’t cheap at $10 (around Rs. 650) per month, but it has one feature that you might value a lot — the ability to figure out moves that trouble you the most, and to practice them more than others.

4. ICC
Internet Chess Club, also known as ICC in the chess community, is the website where seriously high-ranked players hangout. It’s a paid chess server with no free tier and once you have mastered your skills and want to stronger opposition than the free sites can offer — ICC is where you go. This is going to be overkill for anyone who is just starting out, so if you are a beginner, you need not bother with ICC. However, if you want a taste of playing against professionals, ICC is among the best online resources. Membership costs $10 (around Rs. 650) per month.

There are many more online sites where you can start your chess journey, such as Chesscademy, Chessimo, FICS, Chess Tactics, Chess Tempo, and more. Depending on your requirements, you could find something in one of these that the ones we’ve highlighted don’t have. Which site are you using to hone your chess game? Let us know via the comments.