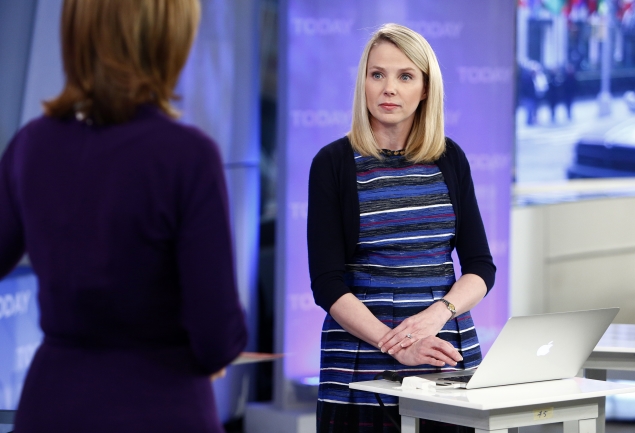 Yahoo CEO Marissa Mayer says the Internet company now has about 800 million worldwide users, a 20 percent increase since she was lured away from Google 15 months ago to steer a turnaround.

The gain disclosed Wednesday at a technology conference in San Francisco is the latest evidence of the progress that Yahoo Inc. is making under Mayer's leadership. The Sunnyvale, California, company's stock has nearly doubled since Mayer came aboard, though she and analysts say that gain primarily stems from the value of Yahoo's holdings in China's rapidly growing Alibaba Group.

Mayer says the figure for the 800 million Yahoo users doesn't include the traffic that the company has picked up from its $1.1 billion acquisition of Internet blogging service Tumblr earlier this year.

Despite the increased traffic, Yahoo is still struggling to boost its online advertising revenue - the main way that the company makes money. In recent quarters, Yahoo's ad revenue has been barely rising while Google and another rival, Facebook Inc., have been thriving.

Mayer says she believes it her strategy for accelerating Yahoo's revenue growth will require at least three years to unfold.