The unexpected bonus could give owners of current-gen Ryzen PCs an easy and inexpensive upgrade path. 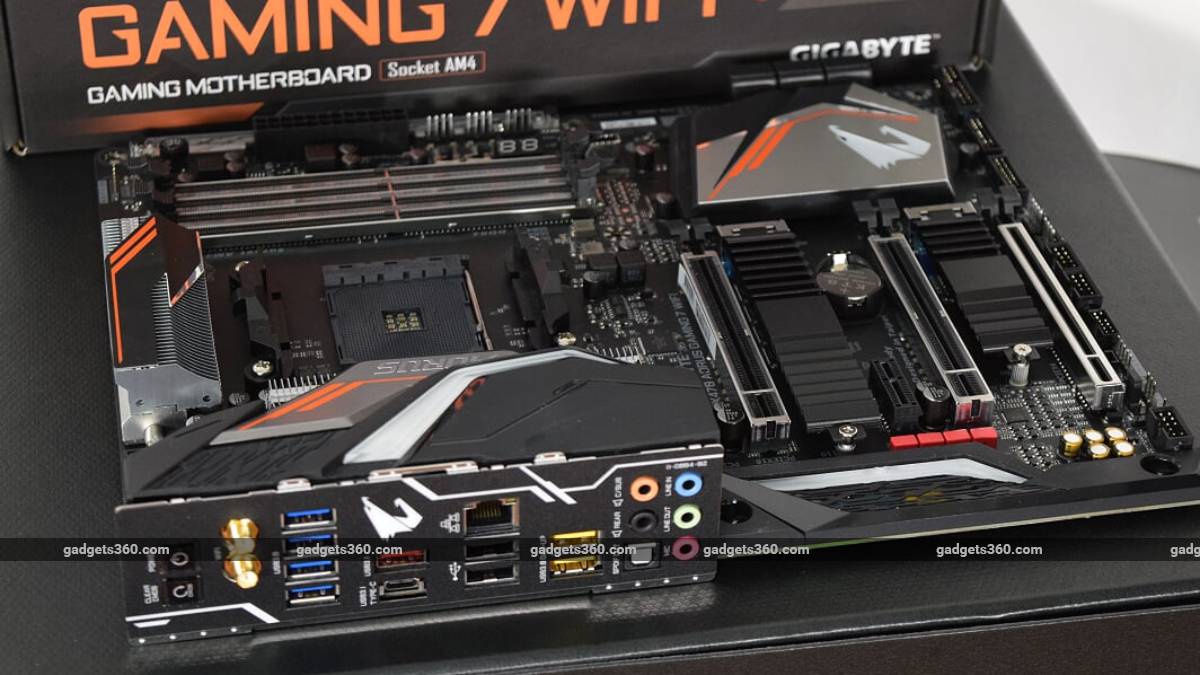 AMD's upcoming Ryzen 3000 series CPUs and the accompanying 5xx series of motherboard chipsets have been rumoured to be the first to introduce support for the PCIe 4.0 standard for interconnectivity, and now it seems to be confirmed that some existing 4xx series motherboards will have the feature enabled retroactively with a BIOS update. PCIe 4.0 doubles the bandwidth of the current PCIe 3.0 standard from 8GT/s (Gigatrasfers per second) to 16GT/s and the effective throughput from 16GBps to 32GBps. The PCIe bus connects a computer's CPU to its onboard components, and is most commonly used for graphics cards, SSDs, and communications devices.

Tom's Hardware reports that it has successfully updated the BIOS of a Gigabyte Aorus Gaming 7 Wi-Fi motherboard to the newly released F40 UEFI BIOS revision, and a new option for 'PCIe Gen4' has appeared in the PCIe Slot Configuration sub-menu. This motherboard uses last year's top-end X470 chipset and PCIe 4.0 support has not been advertised. The change was first spotted by a Reddit user who posted to the r/AMD subreddit.

With this update, users should be able to benefit from PCIe 4 speeds when a compatible Ryzen 3000 series processor is used in an older X470-based motherboard. Gigabyte has not announced this change officially, and no other motherboard manufacturer has done so either yet. Thanks to AMD's promise to use the same physical Socket AM4 interface for multiple generations of Ryzen CPUs, new capabilities can come to older platforms with a simple drop-in upgrade.

The change will only affect PCIe devices connected directly to the CPU. Due to the faster signalling rate and electrical complexities of the PCIe 4.0 standard, not all PCIe or M.2 slots will be able to benefit from the speed increase even if motherboards are capable of handling it. For this reason, PCIe might not be enabled on all previous-gen motherboards. PCIe devices that are routed through the motherboard chipset or a downstream PCIe splitter will not be able to work at the higher speed.

All major motherboard manufacturers including Gigabyte, Asus, MSI, ASRock, and Biostar are expected to show off new models based on AMD's X570 chipset at Computex 2019 next week, in preparation for the launch or announcement of the Ryzen 3000 series. AMD CEO Dr Lisa Su is set to address the show's opening keynote, making a major announcement very likely. Leaks of X570-based motherboards have already confirmed native PCIe 4.0 support. It is not known whether lower-end models from the current and upcoming generations will support this standard.

The first consumer PCIe 4.0 devices likely to be announced by manufacturers are PCIe SSDs. AMD's Radeon Instinct MI60 and MI50 already support the new standard and are ready to take advantage of it. Rumours suggest that AMD's upcoming Radeon 'Navi' graphics cards will support PCIe 4.0, and the Radeon VII could have support announced retroactively.

The PCIe 3.0 standard was introduced with the Intel Z68 platform controller for 3rd Gen 'Ivy Bridge' Core CPUs in 2011. PCIe 4.0 support has been anticipated for several years now. Each new version of PCIe has been backwards compatible, so all current and existing PCI 3.0 devices will continue to work, but they will only utilise half the bandwidth available per physical lane that they use. PCIe 4.0 will allow devices to work at their current speeds with half the number of physical lanes or at theoretically twice the speed using the same number of lanes.