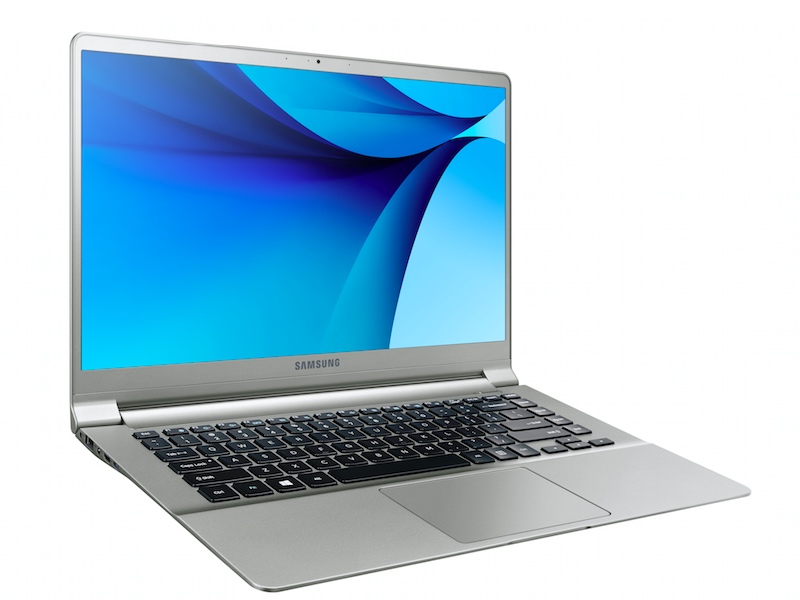 At its pre-CES 2016 press conference, Samsung announced Notebook 9 laptop lineup, with two new models. The new Notebook 9 models come in two sizes: 13.3-inch and 15.6-inch, and run Windows 10 out-of-the-box. Both the laptops will be available to purchase in select regions from March 2016. No pricing information has yet been provided.

Samsung has not just stuffed more processing muscle into the new laptops, it has done so while ensuring that the notebooks don't get bulky and heavy. The 13.3-inch model has a waistline of just 13.4mm and weighs 0.84kg, whereas the 15.6-inch model is only 14.5mm thick and weighs 1.29kg. Both the models have magnesium alloy build, which is a nice upgrade over plastic design.

"Having a laptop that is easy to carry around but doesn't sacrifice functionality or style is no longer just a luxury - it's a necessity for many people," said Gary Riding, senior vice president, Mobile Computing at Samsung Electronics America. "The new Notebook 9s offer the features Samsung is known for - extraordinary displays, premium performance, all-day battery life and seamless connectivity with other devices - all in the ultraportable package demanded by today's mobile consumers."

As for the specifications, both models - 13.3-inch and 15.6-inch - offer almost identical hardware modules. Both of the models sport 1080p displays and are powered by Intel Skylake-U series processors. Users can choose between 4GB of RAM and 8GB of RAM, and for storage, the range lies between 128GB SSD to 256GB SSD.

Both the new Notebook 9 models have backlit keyboards and feature a 1.5mm of key travel, something the company claims will improve typing experience. Both the models have two USB 3.0 ports. The 15.6-inch additionally also has a USB 3.1 Type-C connector with DisplayPort capability.

In order to make the new Notebook 9 offerings thinner, however, Samsung has seemingly made a sacrifice on the battery front. The 13.3-inch model has a 30Wh battery whereas the 15.6-inch version sports a 39Wh battery. This is rather small considering some other Samsung laptops that have around 56Wh battery.