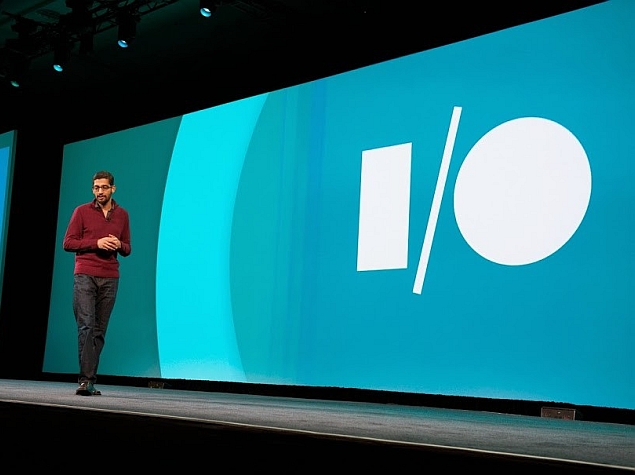 While Google has not yet announced Android M, the Android M description spotted by several fans strongly suggests the company will reveal the new OS version at I/O 2015, complete with features that will revamp the Android experience at workplaces.

"Android M is bringing the power of Android to all kinds of workplaces. This opens huge new markets for hundreds of millions of devices to workers at small business, deskless workers, logistics and warehousing jobs; all be empowered by adoption of Android devices at Work," stated the description before being pulled down from the Google I/O schedule. 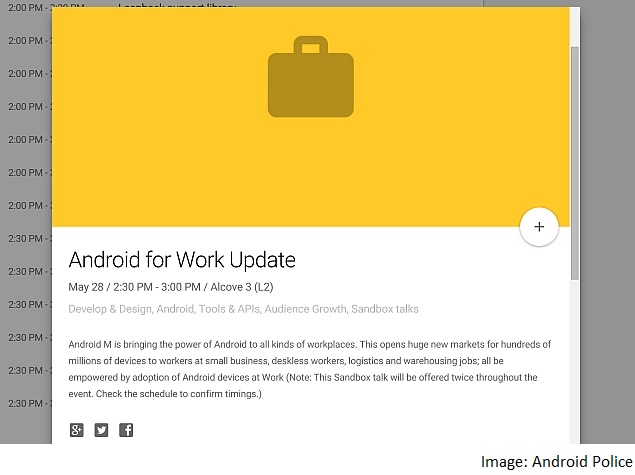 Google generally uses its "What's New in Android" session to talk about the new features that will be coming in the next Android OS. However, the firm this time has only mentioned, "This session will highlight the most exciting new developer features of the Android platform." The Google I/O Conference will commence on May 28 in San Francisco.

While Google's latest Android version, Lollipop, is running on nearly 10 percent active devices as per the firm's own figures, the Mountain View giant looks set to continue with its plans to launch a new version of Android every year. Google's latest Android distribution numbers reported that Android KitKat and Jelly Bean are together running on roughly 80 percent of active Android devices, and have seen small drops in share since last month.