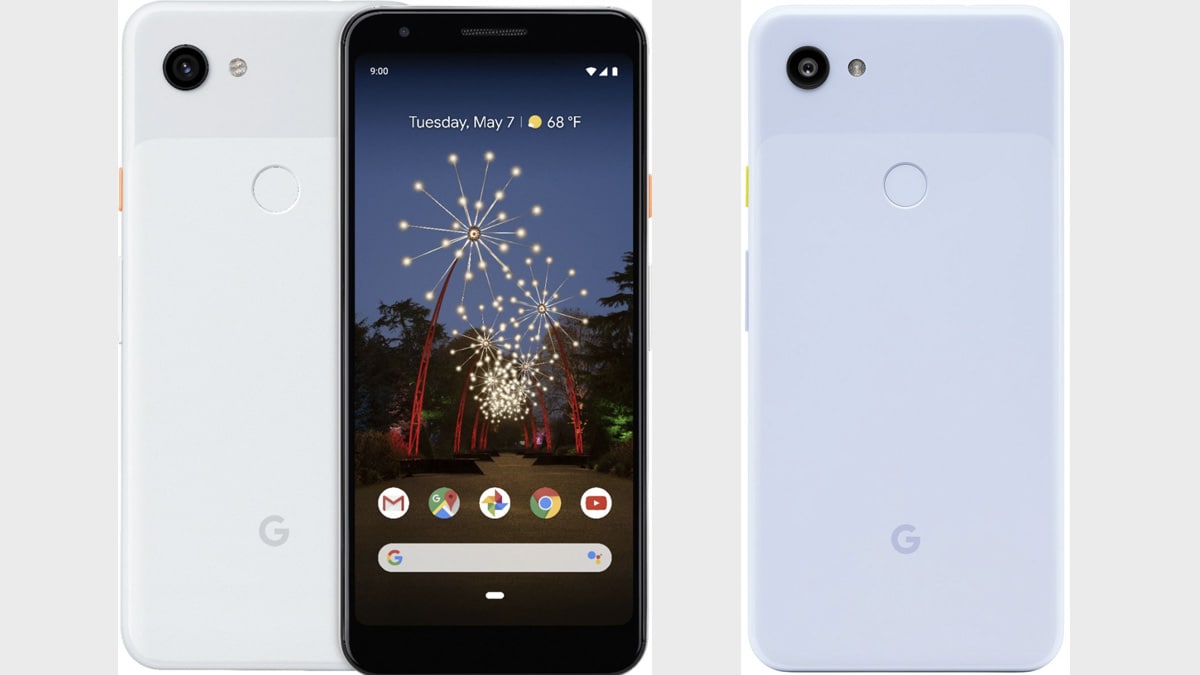 Google's upcoming smartphones, the Pixel 3a and the Pixel 3a XL have leaked multiple times in the past few months. We have seen everything from leaked official renders to leaked cases of the smartphone which has give us a fair idea of how the smartphone will look like. Google also teased that the smartphone could be unveiled on May 7 which also happens to be the first day of Google I/O. In a follow-up to a leak tipster Evan Blass posted on Tuesday, Evan posted what looks like an official render of a purple coloured variant of the Pixel 3a.

The recent photo tweeted by Evan Blass shows the back of a Pixel 3a smartphone finished in a light shade of purple. The top portion of the back panel has this light purple shade while the bottom portion is white. The “G” logo that is on the lower portion is darker than the rest of the phone's body. From the image, you can also spot that the power button is finished in bright yellow.

Google has used creative names for its colour variants like “Not Pink” and “Kinda Blue”, so we can expect a similar name for this variant. It might be called Iris, something that was tipped last month. The teaser that Google put out also had a glowing purple logo with the tagline “Help is on the way.”

From previous leaks we know that the Pixel 3a will have a 5.6-inch display with full-HD+ resolution. It is expected to feature a Qualcomm Snapdragon 670 SoC and have 4GB of RAM and 64GB of storage. The Pixel 3a is said to have 2915mAh battery and will feature the same 12.2-megapixel camera found on the Pixel 3. Since the launch is only a couple of days away, we won't have to wait for long to find out.