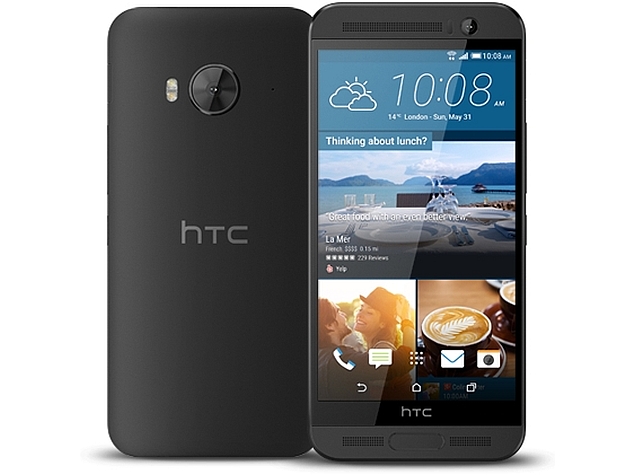 After launching its high-end smartphone, the One ME Dual SIM, in China earlier this month, HTC on Wednesday launched the smartphone in India at Rs. 40,500. The smartphone would hit the shelves by the end of this month in Meteor Grey and Classic Rose Gold colour variants.

HTC One ME Dual SIM's claim to fame is the 64-bit MediaTek Helio X10 processor, which was launched during MWC 2015 in March. The handset also appears to be the first smartphone announced to be powered by the Helio X10 processor. The SoC features eight Cortex-A53 cores clocked at 2.2GHz and is clubbed with 3GB of RAM.

The smartphone sports a 5.2-inch QHD (1440×2560 pixels) resolution display and runs HTC Sense 7 UI on top of Android 5.0 Lollipop. The smartphone, like the flagship HTC One M9, comes with 32GB of inbuilt storage, which can be further expanded via microSD card (up to 2TB).

As for the camera, the One ME Dual SIM features a 20-megapixel rear camera with BSI sensor and f/2.2 aperture, and 4-UltraPixel front-facing camera with f/2.0 aperture. The handset also comes with a fingerprint sensor besides an ambient light sensor, proximity sensor, accelerometer, digital compass, and gyroscope.

"Known for its expertise in design, as well as for offering the best in class features customised as per their consumers lifestyle, HTC doesn't disappoint, offering brilliant performance in a stunning device which reinterprets the HTC way that people can relate to." said Faisal Siddiqui, President, South Asia, HTC during the launch. "The HTC One ME Dual SIM is an outstanding device to perfectly suit your style in its own unique way."

HTC One ME Dual SIM