The LG K42 is powered by MediaTek Helio P22 SoC and comes with 3GB of RAM. 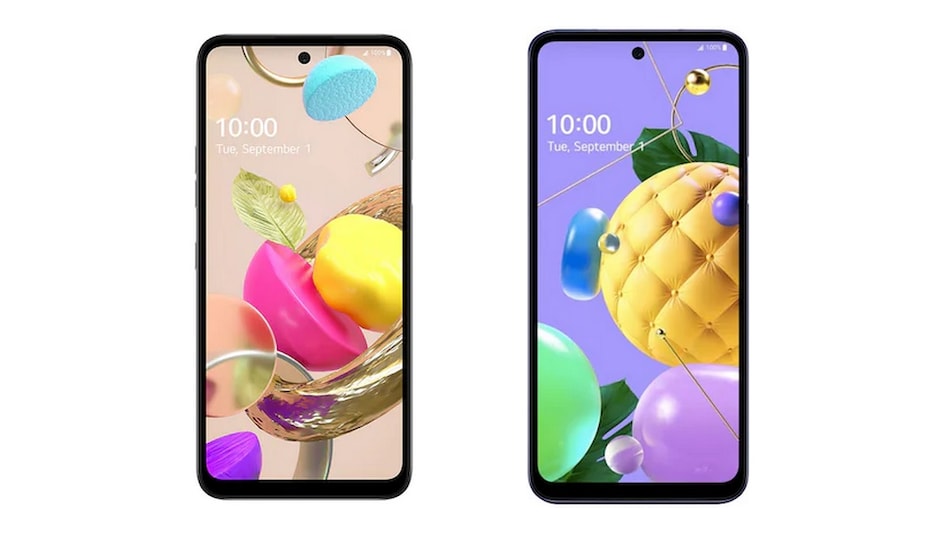 LG K42 and LG K52 have been reportedly spotted on Indian BIS website. The two phones, listed with model number LM-K420YMW and LM-K520YMW, are believed to be the LG K42 and the LG K52, respectively. This means that the two LG phones could launch in India soon. The development was shared by a known tipster on Twitter. The LG K42 has already launched in Central America and the Caribbean region while the LG K52 has launched in Europe.

The LG K42 runs on Android 10-based LG UX OS. It features 6.6-inch HD+ display with a central hole-punch cut out for the selfie camera. It is powered by the MediaTek Helio P22 SoC, which is coupled with 3GB of RAM and 64GB of internal storage. The storage can be expanded via a microSD card slot (up to 256GB).

For photography and videography, the LG K42 features a quad rear camera setup that includes a 13-megapixel primary sensor, a 5-megapixel super-wide snapper, a 2-megapixel depth sensor, and a 2-megapixel macro shooter. On the front, the smartphone comes with an 8-megapixel selfie camera.

LG K42 comes with a 3D Sound Engine, which the South Korean company claims has analysed 17 million audio samples to deliver an optimal sound. The phone comes with a 3.5mm audio jack, Bluetooth v5.0, and USB Type-C port for charging. It is backed by a 4,000mAh battery and has with MIL-STD-810G certification for durability.

The LG K52 comes with a 6.6-inch HD+ FullVision display with a 20:9 aspect ratio. It is powered by an octa-core MediaTek MT6765 Helio P35 SoC, paired with 4GB of RAM. The smartphone features a quad rear camera setup that houses a 48-megapixel primary sensor, a 5-megapixel ultra-wide-angle shooter, a 2-megapixel depth sensor, and a 2-megapixel sensor with a macro lens. For capturing selfies, the phone comes with a 13-megapixel camera sensor at the front.

For storage, the LG K52 comes with 64GB of internal storage that is expandable via microSD card (up to 2TB). Connectivity options include 4G LTE, Wi-Fi, Bluetooth v5.0, GPS/ A-GPS, NFC, and a USB Type-C port. The phone also comes with a side-mounted fingerprint sensor. The LG K52 packs a 4,000mAh battery. It measures 165.0x76.7x8.4mm and weighs 186 grams.

Fitbit Sense Smartwatch Users Getting Replacements for Hardware-Related ECG Issue: Report
Are Micromax In 1b, In Note 1 Good Enough to Take the Brand to the Top in India?