Google Pixel 7, Pixel 7 Pro, Pixel Watch to Launch at Made by Google Event Today: How to Watch, What to Expect

Google has already announced the lineup of the products that will be launched at the event scheduled for tonight. 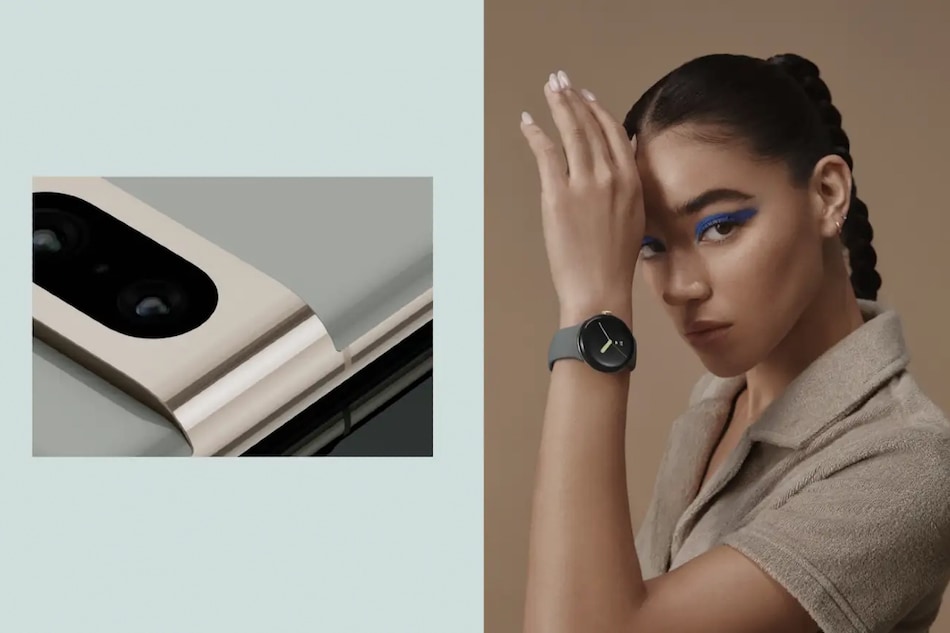 Google is all set to host the ‘Made By Google’ event tonight at 7:30pm IST

As the countdown to the ‘Made By Google' event has already began, here's a look at the major announcements by the company to be made today, along with the details about the live streaming.

Google's 'Made By Google' event: How to watch livestream

Google is all set to host the ‘Made By Google' event tonight at 7:30pm IST. The event, which will take place in New York City, will be livestreamed in India on Google's YouTube channel.

You can also watch the ‘Made By Google' launch event via the player embedded below:

Google's 'Made By Google' event: What to expect

Google has already announced the lineup of the products that will be launched at the event scheduled for tonight. The ‘Made By Google' event will include the launch of Pixel 7, Pixel 7 Pro, and the Google Pixel Watch. In addition to these, the tech giant will also reveal additions to the Nest smart home portfolio.

Soon after the announce, the devices will be available for shopping at GoogleStore.com. Ahead of the launch, the company has already announced that the Google Pixel 7 and Pixel 7 Pro are open for pre-order offers starting Tuesday in India.

Google Pixel 7 series' spec sheet was leaked earlier this week, suggesting the presence of next-gen Google Tensor G2 SoC and Titan M2 security coprocessor on both the handsets. The Google Pixel 7 series smartphones will be available in 128GB and 256GB storage options. However, the vanilla model could carry 8GB of RAM, while pixel 7 Pro may offer 12GB of RAM.

The Pixel 7 is said to sport a 6.3-inch full-HD+ display with up to 90Hz refresh rate. The smartphone can carry a dual camera unit at the back, with a 50-megapixel primary sensor and 12-megapixel ultra-wide sensor.

On the other hand, the Google Pixel 7 Pro may come with a 6.7-inch QHD+ LTPO display and up to 120Hz refresh rate. It could carry a triple rear camera unit with an additional 48-megapixel telephoto camera.

Both the Google Pixel 7 and Pixel 7 Pro handsets are expected to feature 10.8-megapixel sensors for selfie camera. The Google Pixel 7 series variants can sport a fingerprint scanner and face unlock feature for authentication. Both smartphones may come with an IP68 rating for dust and water resistance.

The latest leaks suggest that the Google Pixel Watch may come with a quick pairing feature and ECG tracking. The smartwatch is said to feature Corning Gorilla Glass protection. It could also offer 5 ATM water resistance. Users may also get a six months subscription to Fitbit Premium with the wearable.

Other features of the Google Pixel Watch, as suggested, may include sleep monitoring, heart rate and ECG tracking, and an Emergency mode. Google is said to offer the in three colour options — Black/Obsidian, Gold/ Hazel, and Silver/Chalk — for the Wi-Fi only variant. Meanwhile, the cellular variant cam replace the Silver/Chalk variant with Silver/Charcoal colour option.