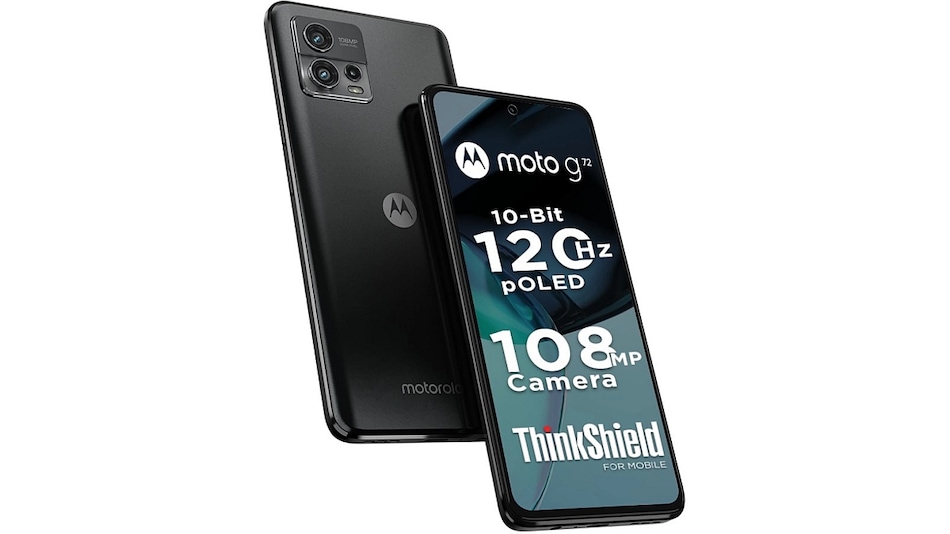 Moto G72 was launched in India on Monday the company's latest G-Series smartphone to debut in the country. The handset is powered by a MediaTek G99 SoC under the hood, paired with 6GB of RAM. The smartphone sports a 6.6-inch pOLED display with a 120Hz refresh rate and a 576Hz touch sampling rate. It is equipped with a 108-megapixel triple rear camera setup, along with a 16-megapixel selfie camera. The Moto G72 runs on Android 12 out-of-the-box and packs a 5,000mAh battery with support for 33W TurboPower fast charging.

Moto G72 price in India is set at Rs. 18,999 for the sole 6GB + 128GB storage model. The smartphone will be available in Meteorite Grey and Polar Blue colour options. It will go on sale via Flipkart on October 12 at 12pm (noon).

The handset will be sold at an effective price of Rs. 14,999, which includes limited period launch offers. These include an exchange discount of Rs. 3,000, and a Rs. 1,000 instant discount from select banks, according to Motorola.

The Moto G72 comes with 128GB of inbuilt storage that can be further expanded via a hybrid microSD card slot. Connectivity options on the handset include 4G LTE, Wi-Fi, Bluetooth v5.1, GPS/ AGPS. Sensors on board include an accelerometer, proximity sensor, light sensor, compass, and an under-display fingerprint sensor for biometric authentication.