Moto G72 First Impressions: A Promising All-Rounder That Misses Out on 5G 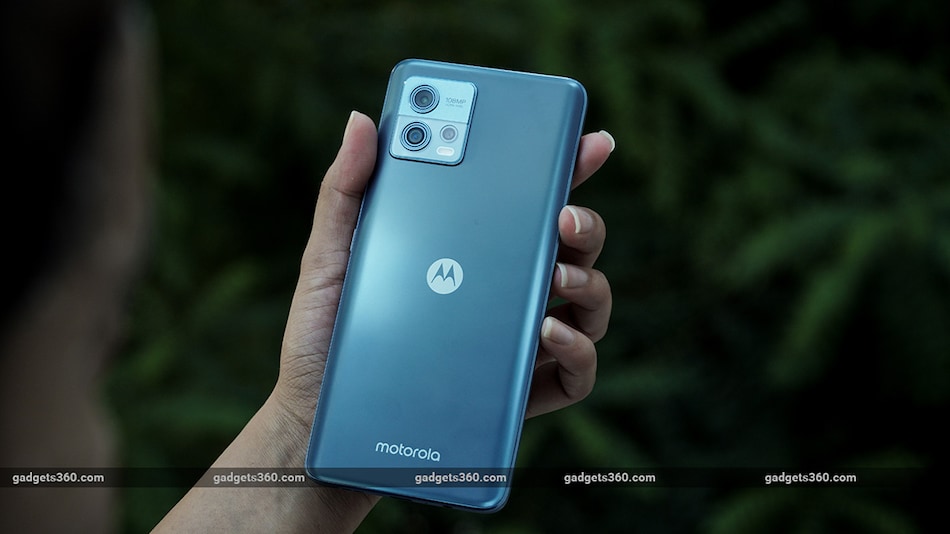 Motorola has launched yet another smartphone in its 'G series' in India called the Moto G72. This phone is the company's latest mainstream offering under Rs. 20,000. Unlike most other companies launching more and more 5G smartphones in this price segment, Motorola wants to offer a no-compromise 4G phone. The Moto G72 sits between the Moto G62 5G and the Moto G82 5G (Review) in the company's current G-series lineup.

The retail box of the Moto G72 is not "eco-friendly" this time like we got with the Motorola Edge 30 Fusion (Review). Apart from the device itself, the box contains a USB Type-A to Type-C charging cable, a 33W TurboPower adapter, and a transparent case.

Moto G72 comes with a polycarbonate back

Motorola sent us the Polar Blue colour variant of the Moto G72. The rear panel comes with a PMMA acrylic glass finish, which has a matte finish and hides fingerprints well. Just like the more premium Moto G82 5G, the Moto G72 comes with a polycarbonate back and a plastic frame. While colour preferences are subjective, I kind of liked this one. However, if you want a more classic or subtle colour option, you can look at the Meteorite Grey colour.

Despite the plastic body, the Moto G72 does not feel or look cheap. It also tries to look different from most other phones launched in 2022 by sporting a curved back with a slightly flat frame. The G72 offers a good in-hand feel. Motorola also claims that the G72 is the slimmest and the lightest smartphone in the segment. It weighs about 166g and is 7.99mm thick. It is also IP52 rated to offer basic protection against water and dust.

Moto G72 has a plastic frame

The phone's power and volume buttons are placed on the right side, whereas the hybrid dual-SIM tray can be found on the left. The USB Type-C port is sandwiched between the 3.5mm headphone jack, a microphone and the primary speaker grille at the bottom. The earpiece at the top of the display doubles as a secondary outlet for stereo sound.

On the front, the Moto G72 has a 6.6-inch pOLED display with a full-HD+ resolution and an HDR10+ certification. The 10-bit screen also supports a billion colours and has 1300 nits of peak brightness. The bezels around the display are fairly thin but the chin is comparatively thicker. The phone also comes with an in-display fingerprint scanner and Corning Gorilla Glass 3 protective layer on top of the screen.

Moto G72's display has minimal bezels around it

Like the more premium Moto G82 5G, the Moto G72 comes with a 120Hz refresh rate display for a smooth scrolling experience. Compatible games should also benefit from this. The Moto G72 features a MediaTek Hello G99 SoC, built using the 6nm process. There is support for storage expansion of up to 1TB via a microSD card. It packs a beefy 5000mAh battery and supports 33W fast charging out of the box. The Motorola G72 also comes with support for Bluetooth 5.1 and dual-band Wi-Fi ac.

On the back of the Moto G72, there is a square-shaped module which houses a triple-camera setup. The camera module design is similar to the Motorola Edge 30 Fusion. The Moto G72 comes with a 108-megapixel Samsung ISOCELL HM6 sensor, along with an f/1.7 aperture.

There is an 8-megapixel ultra-wide camera which also doubles as a depth sensor. Lastly, the rear camera setup also includes a 2-megapixel macro camera. Video recording on the rear main camera is limited to 1080p 60fps. For selfies, the Moto G72 comes with a 16-megapixel front camera housed inside the hole-punch cutout, which can record up to 1080p 30fps videos.

The Moto G72 runs on the Android 12-based MyUX skin out of the box. It offers a near-stock Android experience with some customisation options on top, such as Moto gestures, wallpapers, custom icon shapes and fonts, etc. Motorola has confirmed that the Android 13 update will rollout once it is available and the phone is also said to get three years of security updates.

The sub-Rs. 20,000 price segment is currently filled with a plethora of options. These include the Redmi Note 11 Pro, Realme 9 Pro 5G, iQOO Z6 5G, OnePlus Nord CE 2 Lite 5G, etc. While most phones in this segment offer 5G network support at the cost of a higher price tag or compromised specifications, the Moto G72 ditches 5G in order to offer a good all-round experience. Should you consider buying this one over any other 5G smartphone under Rs. 20,000? Stay tuned for our full review of the Moto G72, coming soon on Gadgets 360.