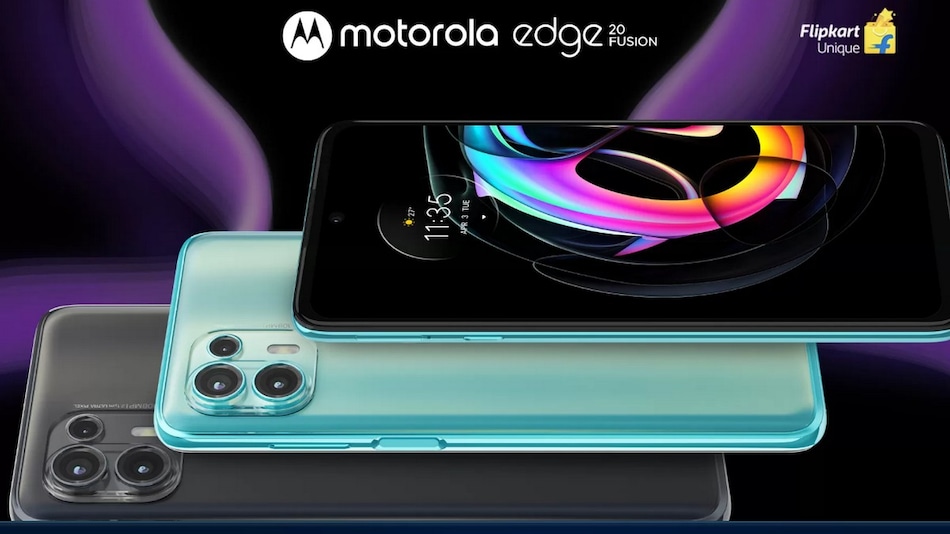 Motorola Edge 20 Fusion will be offered in two colours

Motorola has been teasing the launch of Motorola Edge 20 and Motorola Edge 20 Fusion, and now a dedicated Flipkart page for the latter has revealed some of its specifications. The phone will feature a 10-bit AMOLED display with 90Hz refresh rate. It will be powered by the MediaTek Dimensity 800U SoC and have a triple rear camera setup. There will be a 108-megapixel primary sensor, an 8-megapixel sensor with an ultra-wide-angle plus macro lens, and a depth sensor. At the front, Motorola Edge 20 Fusion packs a 32-megapixel selfie shooter housed within a centrally located hole-punch cutout.

The phone will run near-stock Android 11 and come with business grade security with its parent company Lenovo's ThinkShield for mobile. Motorola Edge 20 Fusion will support 13 5G bands in India.

The phone is scheduled to launch in India on August 17 and will be available for purchase from Flipkart. Motorola Edge 20 will be launched alongside as well.

How Sweden Became the Silicon Valley of Europe