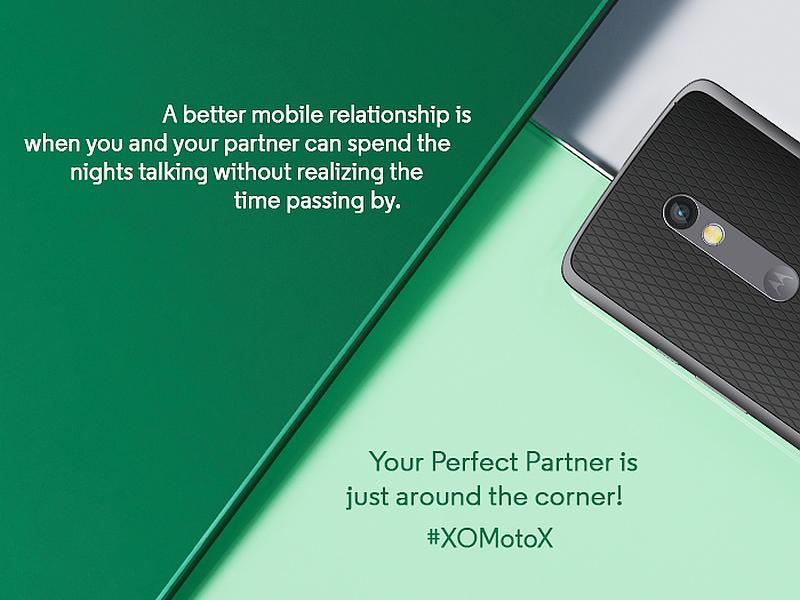 Motorola, among its latest fleet of smartphones, launched its budget Moto G (Gen 3) in India while introducing the Moto X Play and Moto X Style at global events in July. The Lenovo-owned firm is now teasing the launch of a new smartphone in India, and it is expected to be the cheaper Moto X Play handset.

On Sunday, Motorola India tweeted "No more getting dumped by your phone. Your perfect partner is coming with 30 hours of battery backup. #XOMotoX," along with an image. The image showed the upper-back panel of the smartphone with its iconic design and the Motorola logo dimple at the centre.

The teaser comes almost two weeks after Motorola Moto X Play was spotted under the Zauba listings. The listing showed the smartphone, codenamed Motorola XT1562, was shipped to India for "testing purposes". Also seen was that 40 units of the device's White-coloured 32GB version and 40 units of the Black-coloured 32GB versions were shipped, each valued at Rs. 22,228. Note, declared values are only loosely indicative of actual market price. The smartphone when launched in the UK, was priced at GBP 249 (roughly Rs. 25,400).

To recall, the Android 5.1.1 Lollipop-based Moto X Play sports a 5.5-inch display of full-HD (1080p) screen resolution and is powered by 64-bit Qualcomm Snapdragon 615 octa-core processor clocked at 1.7GHz paired with 2GB of RAM. The smartphone range starts with 16GB storage variant, which support external storage expansion via microSD card (up to 128GB). On the camera front, the X Play sports a 21-megapixel sensor with dual-LED flash and a 5-megapixel snapper. Other features of the 4G LTE-enabled Moto X Play include a 3630mAh battery.

Metal Gear Solid V: The Phantom Pain Review: Almost Great
Why I'm Not Looking Forward to the New Apple TV as a Gamer